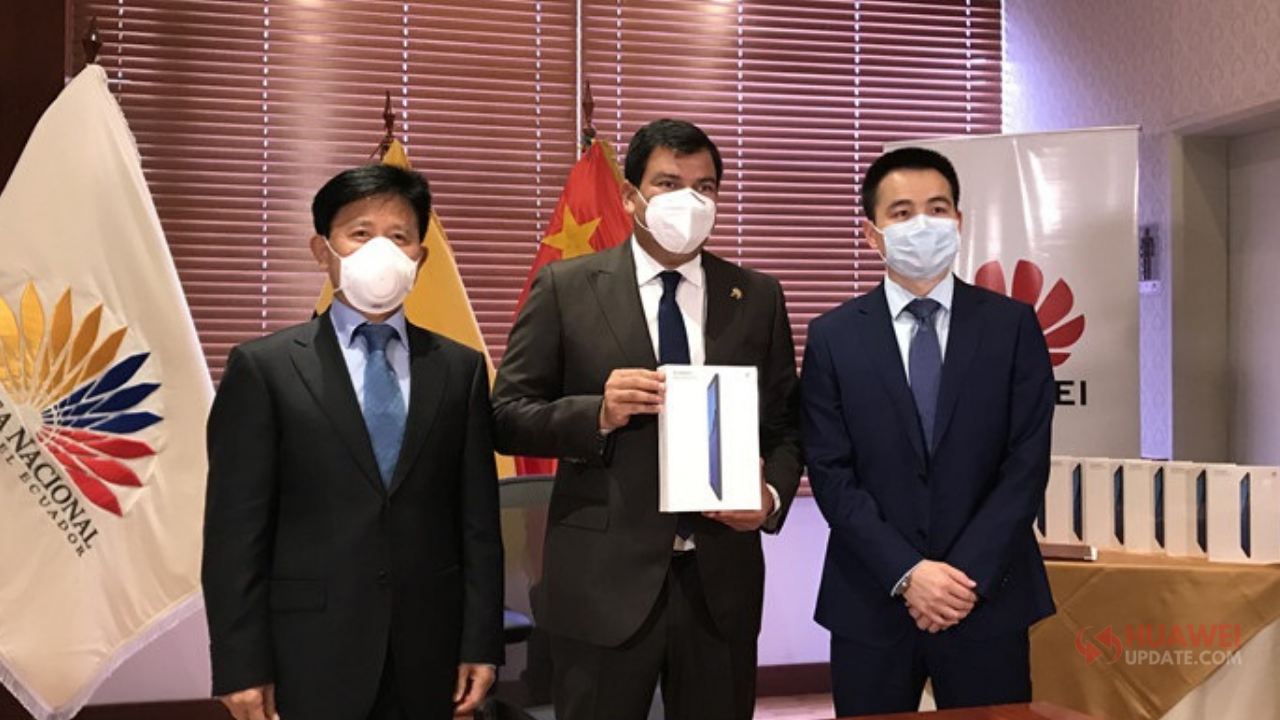 
On October 27, Ambassador Chen Guoyou and Ecuador’s National Congress Chairman Litardo attended Huawei’s donation event to needy students in remote areas through the Ecuadorian National Congress. A total of 150 tablets are distributed during the ceremony.

Ambassador Chen said that in the face of the unprecedented new crown pneumonia epidemic in a century, China and Ecuador actively participated in anti-epidemic cooperation, watched and helped each other to overcome the difficulties, and wrote a new chapter of the comprehensive strategic partnership between the two countries on the 40th anniversary of the establishment of diplomatic relations.

Education is the foundation of building as a country,s a representative of Chinese high-tech companies and the largest equipment supplier in the Ecuadorian communications market, Huawei donated 150 tablets to students in remote areas in need through the Ecuadorian Congress to support them in receiving online education during the epidemic.

China is willing to work together with Ecuador to continue to expand exchanges and cooperation in the fields of education, humanities, and legislation between the two countries, and promote greater development of bilateral relations in the post-epidemic period.