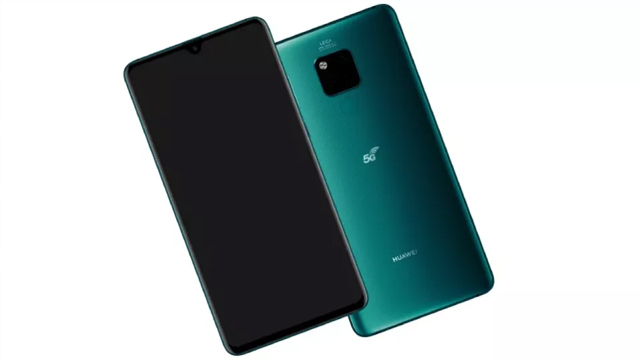 Huawei Mate 20X 5G has been launched in Switzerland for the price of CHF 997 (about Rs 68,000). This smartphone has a Balong 5000 5G modem through which the 5G service can be accessed. A 4G variant of this has also been launched. In the 4G variant of the phone, 5,000 MAH battery is given 22.5W with fast charging support.

It has a 7.2-inch AMOLED display. Whose resolution is 2244 x 1080 pixels. Talking about the phone processor, the HiSilicon Kirin 980 octa processor has been given in it. The 5G variants have 6GB of RAM and 256GB internal storage.

Talking about the camera features of the phone, it has a 40-megapixel primary rear camera, 20-megapixel ultra-wide sensor and 8-megapixel telephoto sensor. In this way the Triple Rear camera set-up has been given in the back of the phone. The front of the phone has a display with a Waterdrop Notch Feature which has a 24-megapixel camera.

Mate 20 X 5G works on EMUI 9.0 operating system based on 9.0 Pie. The front panel of the phone is the water and dust resistant. Also the phone has dual smart Hi-Fi audio output. The phone has a rear facing physical fingerprint scanner. For connectivity, it is equipped with Wi-Fi, Bluetooth as well as USB Type-C charging jack.