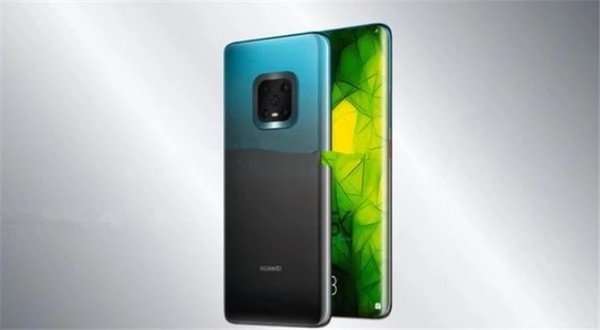 
Huawei P series smartphones P40 and P40 Pro are set to be announced in the month of March this year. Following up to the recent leaks, we have seen the Pro cases, two different renders (Render 1st, Render 2nd), the Huawei P40 camera component, and the smartphones will enter with 3 models (All the three Huawei P40 flagships should be powered by the Kirin 990 5G but the base model may come with the Kirin 990, the processor without an integrated 5G modem) and Huawei P40 lite tempered film in the market, as far now we know everything about the Huawei P40 series.

Now, the P series smartphone is yet to come and the Mate40 series render leaked online in advance. The Huawei Mate40 Pro concept design uses a true full-screen design. The front four borders are extremely narrow without any gaps or openings, resulting in a very high screen ratio. In the back, the device shows five cameras and a flash below. The camera module is similar to the Mate20 series.