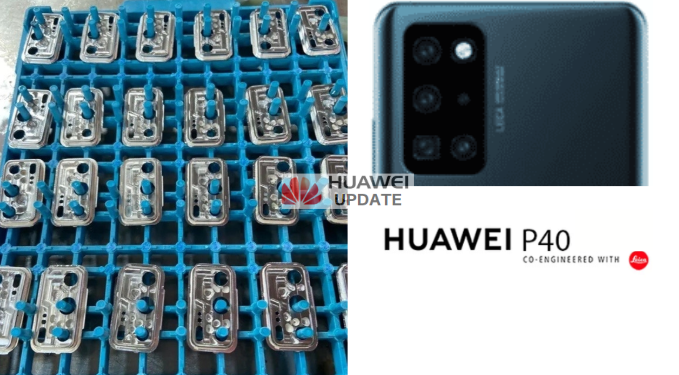 
The company’s next flagship smartphone, the Huawei P40, and Huawei P40 Pro will be launched at the end of March 2020(Paris). Recently, a leaker (@RODENT950) tweets, the Huawei P40 series will have 3 models.  In another tweet, he said the camera design may remain unchanged for the base models (standard and Pro), retaining the design of the P30 Pro while the third model has the rectangular camera design.

Now, another leak (@Arkclicked/Weibo) shows a set of photos suspected of Huawei P40 camera components. According to the image below, the suspected P40 camera component has a rounded rectangular design, leaving 3 empty spaces for the camera. In addition, the positions of the flash and the laser sensor are visually inspected. In other words, Huawei P40 Standard Edition is likely to be designed for rear three cameras.

All the three Huawei P40 flagships should be powered by the Kirin 990 5G but the base model may come with the Kirin 990, the processor without an integrated 5G modem.