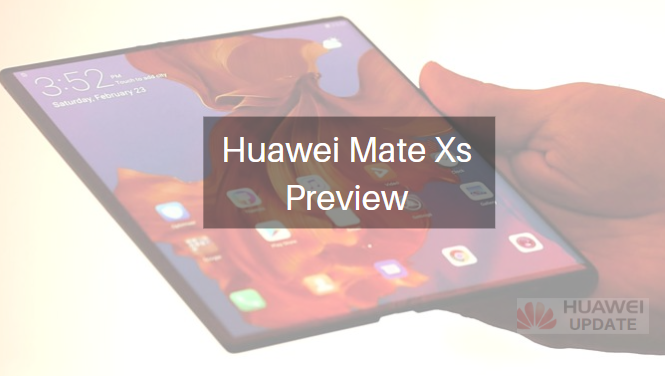 
The company is all set to reveal the upgraded foldable phone Mate Xs at the MWC conference at the end of February this year. At present, preparations for this product have begun, and after the release, it will be available on sale in March 2020. At MWC 2019, Huawei launched its first folding-screen phone, the Mate X, which went on sale in the second half of 2019, priced at 16,999 yuan.

Recently, the Mate X model shipped 100,000 units per month and its a great new as per the company point of view. The Huawei Mate X was sold on November 15 last year, so the total sales were around 200,000.

As compared to Huawei Mate X, the Mate Xs will have better hinges and a stronger display. It will also be equipped with Kirin 990 5G processor. 5G)., More stable, higher durability, the folding screen is more sturdy, and the body size is relatively reduced, which makes it more portable.

Also, The new model spotted with model number TAH-AN00m. The Mate X had the codename TAH. As usual, for now, 3C doesn’t reveal any details about a model aside from the charging features. In this case, the only apparent improvement revealed in the listing seems to be improved 20V/3.25A (65W) charging. 65W charging is rumored to be coming with Huawei’s upcoming Huawei P40 smartphones. It will be a significant improvement over the Mate X which supports 55W charging.

In addition, Samsung Display will also change the way that the screen is directly supplied internally, and will begin to sell folding screens. Huawei is the second customer besides Samsung mobile phones.

Apart from the above specifications, the upcoming Huawei Mate Xs will have a better config at the event this year.