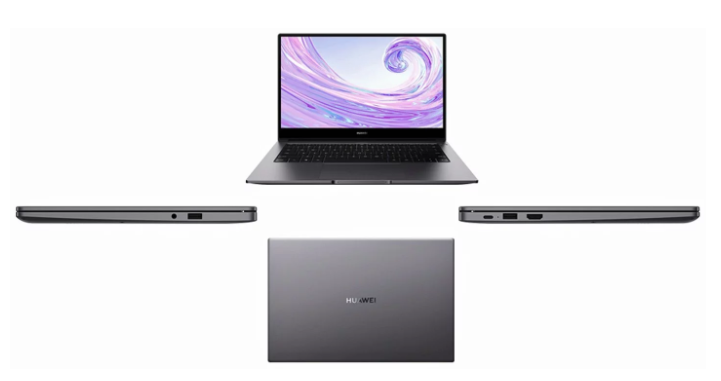 
The new Huawei Matebook renders by leaked by popular leaker  Evan Blass suggests that there are two new models in the pipeline. One is 14-inch device.

The other one is 15-inch, render shows the power key looks to be the usual one that doubles as a fingerprint sensor. The upcoming Matebooks might not be the slimmest models we have yet seen, but they sure come with quite the port selection. Huawei appears to have stuffed the 15-inch model with an audio out, full-size HDMI output, 3x USB-A ports and a USB-C one that is most likely compatible with the Thunderbolt 3 standard, while the 14-inch model is only one USB-A port short.

Both variants feature the power button that integrates a fingerprint reader and come with thin bezel 16:9 displays.Huawei traditionally announces their Matebooks in Q1 for release in Q2, so expect to see the devices hit the market in April 2020.