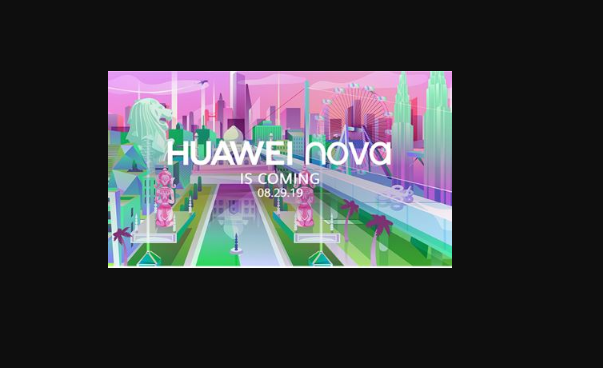 
The Huawei Nova 5T is all set to launch in Malaysia tomorrow, August 27 and the company has also announced that it’s launching the new Nova phones in the Philippines on August 29. Ahead of the official launch, it made a brief appearance at the KL Fashion Week 2019. The smartphone comes with quad cameras at the back and will be available in three gradient color options of Blue, Purple and Green. Here is all you need to know about the upcoming Huawei phone.

Huawei Nova 5T specifications and features (expected)
The Nova 5T was spotted on Google Enterprise listing, which did reveal some crucial details. But the latest report has some contradicting specifications. The Nova 5T will come with a 6.39-inch display with a dewdrop style notch. It will likely be a FHD+ panel with 2340 x 1080pixels resolution. The smartphone will draw its power from a 7nm Kirin 810 SoC, which will be paired with 8GB of RAM and 128GB storage. An expandable storage option using microSD card up to 256GB is also likely to be in tow.

The highlight of the Nova 5T will be its quad-camera setup at the back. This will include a 48-megapixel (f/1.8) primary snapper. There will be a 16-megapixel (f/2.2) wide-angle secondary lens, a 2-megapixel (f/2.4) macro lens and a 2-megapixel depth sensor. Upfront, a 32-megapixel selfie snapper is likely to be present. On the software front, it will run Android Pie wrapped under EMUI 9 skin.