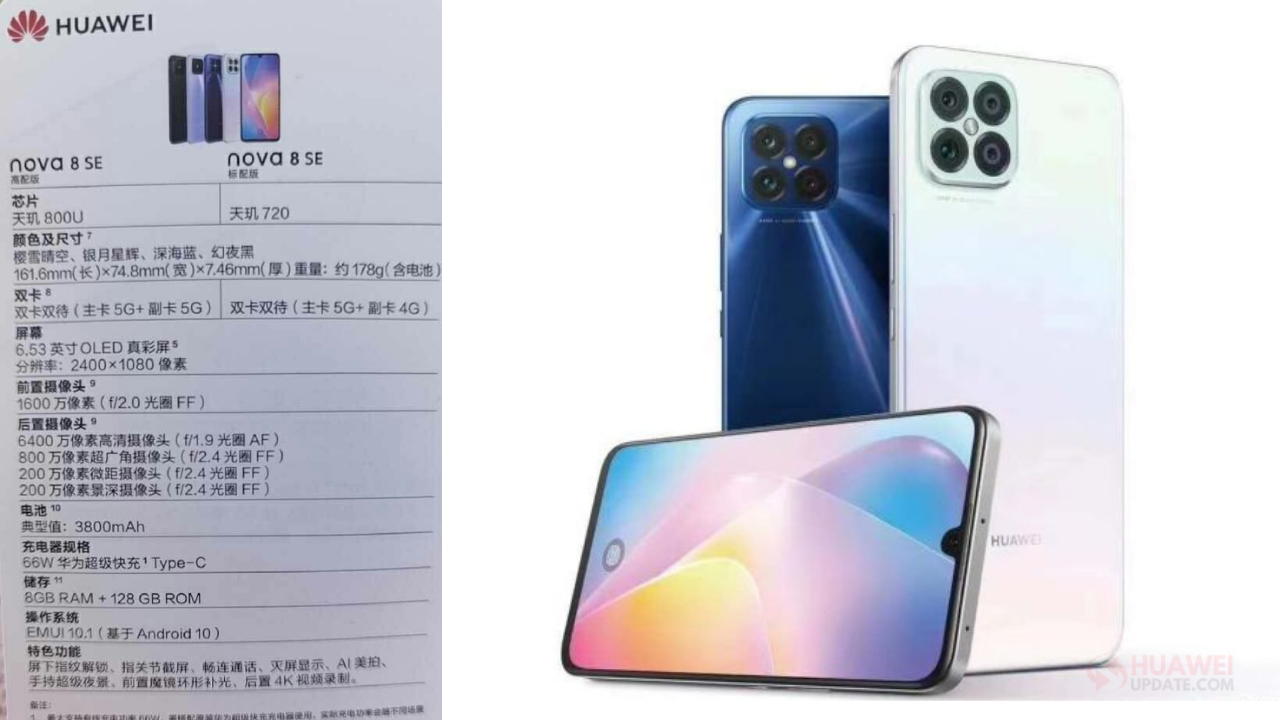 
Huawei Nova 8 SE smartphone is set to launch on November 5, 2020, ahead of the official launch the specification sheet of the upcoming device has been leaked and shows that there will be two models one is Standard one which is powered by MediaTek Dimensity 720 processor while the other one will be dual 5G which is equipped with Mediatek Dimensity 800U processor.

The poster of Huawei Nova 8 SE mentioned the theme “INSTANT CALL WITH YOU” and shows this smartphone will be equipped with 66W Huawei super-fast charging, 6.53-inch FHD+ OLED full-screen, MediaTek Dimensity 720 processor on the standard version, and MediaTek Dimensity 800U processor on the higher version, 16MP on the front, 64MP+8MP+2MP AI quad-camera on the rear, 178g weight and 7.46m thickness.