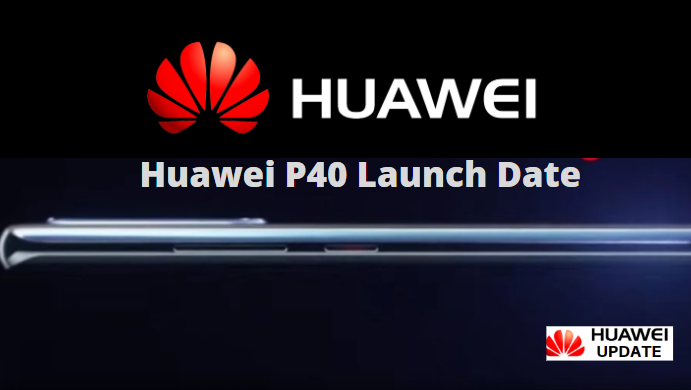 
Richard Yu has confirmed that that the Huawei P40 will be announced in Paris at the end of March 2020. This is what Richard Yu, head of the consumer brand, during an interview with the French press at the group’s premises in Shenzhen, China.

Richard Yu promises that the smartphone will be distributed via all the conventional distribution channels. Including operators and resellers. He also claims that the phone will run Android 10 with the EMUI interface. The in-house operating system, HarmonyOS, should therefore not be used for this model yet, at least in Europe.

According to the image leaked online shows, the smartphone to have a curved display quit similar to the Huawei Mate 30 Pro. There will be a total of four cameras, and volume, power on/off buttons on the right side of the handset.

The Huawei P40 is expected to pack a Huawei Kirin 990 5G SoC. Huawei first announced the Kirin 990 5G processor at IFA 2019 earlier this month. This is the company’s first mobile processor with an integrated 5G modem.   the Huawei P40 specifications include, a 6.57-inch AMOLED screen with dual punch-hole design, which will feature 2K+ resolution and support HDR content.