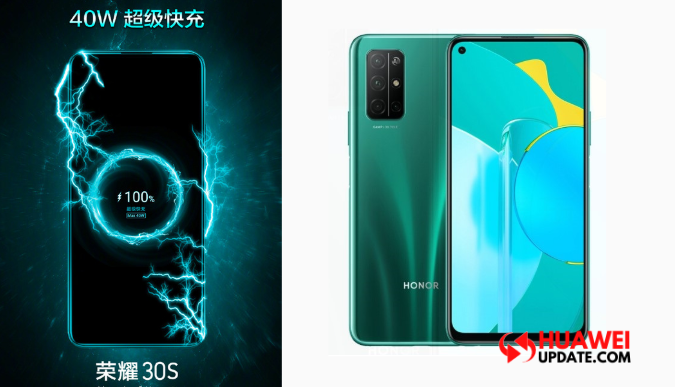 
Honor will launch the  Honor 30S smartphone on March 30. The smartphones to come with Huawei Kirin 820 5G. It has a 7nm process and a new chipset is said to include a built-in 5G modem with support for both SA and NSA standards, while the CPU has ARM Cortex-A76 cores and G77 GPU with improved NPU.

Today, Honor officially announced that the new Honor 30S will support 40W wired fast charging. Earlier, the phone with model number Honor CDY-AN90 has scored a staggering 375270 points on AnTuTu.  The Honor 30S smartphone will have a 64-megapixel main camera and a 3x optical zoom feature.