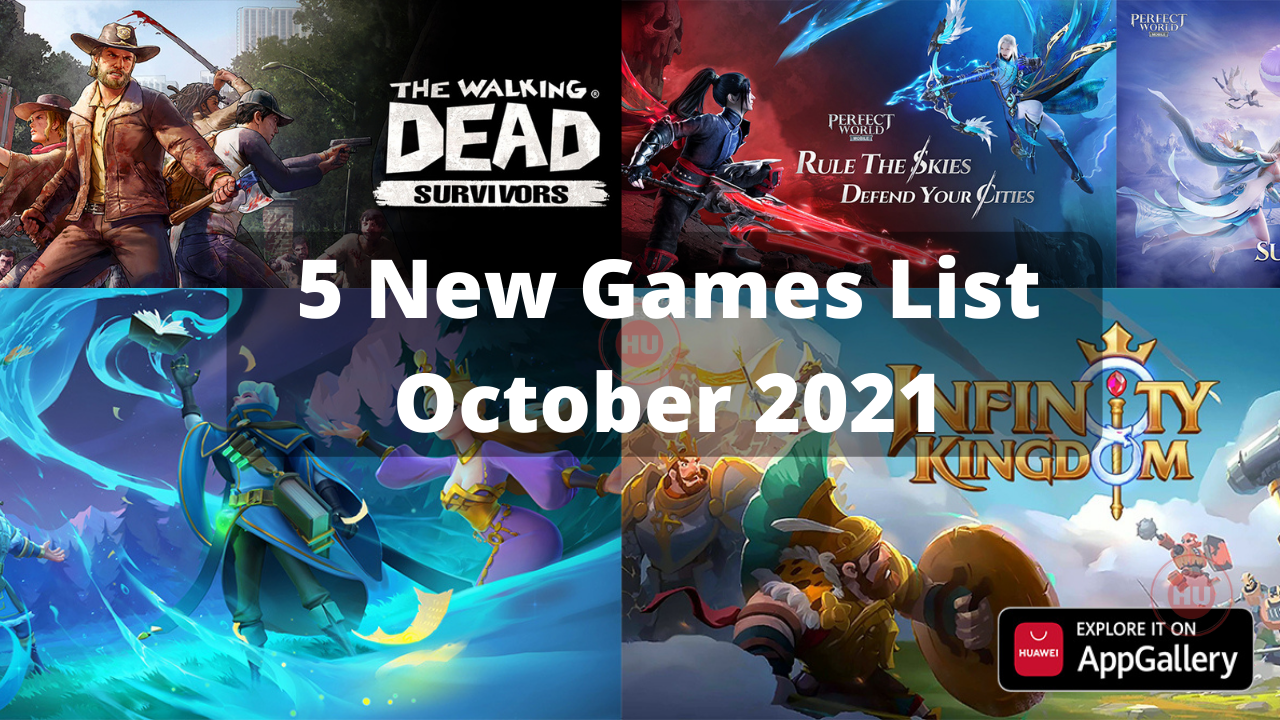 
We have recently published an article about the most downloaded mobile game in Q3 of 2021. In the race, PUBG Mobile grabbed the first place and if you are an Asian user you will be glad to know that Asia is the biggest gaming marketplace in the world. Yeah! 78% of gamers are Android users. Here in this article, you will see the new games listed on Huawei’s AppGallery in the month of October 2021.

To survive against both the living and the dead, upgrade and start building up your town’s fortifications. Explore The Walking Dead’s world and recruit popular comic book characters like Negan, Rick, and more.

Perfect World welcomes you to adventure with next-gen graphics and a massive open-world. Stride above clouds as you soar beyond the curve of the horizon, stroll endless plains scattered across a variety of biomes, and dive deep into an ocean as blue and deep as it is enigmatic.

A cartoon-style MMO strategy game. Rebuild the city, grow quicker, build faster, train faster, and finally put everything on the line against those invading foes!

Immerse yourself in this magic 3D world of fantasy and myth NOW!

In a new multiplayer combat game, take on the role of the “Shadow Fight” hero!

Thanks, Tamil G for listing these names.