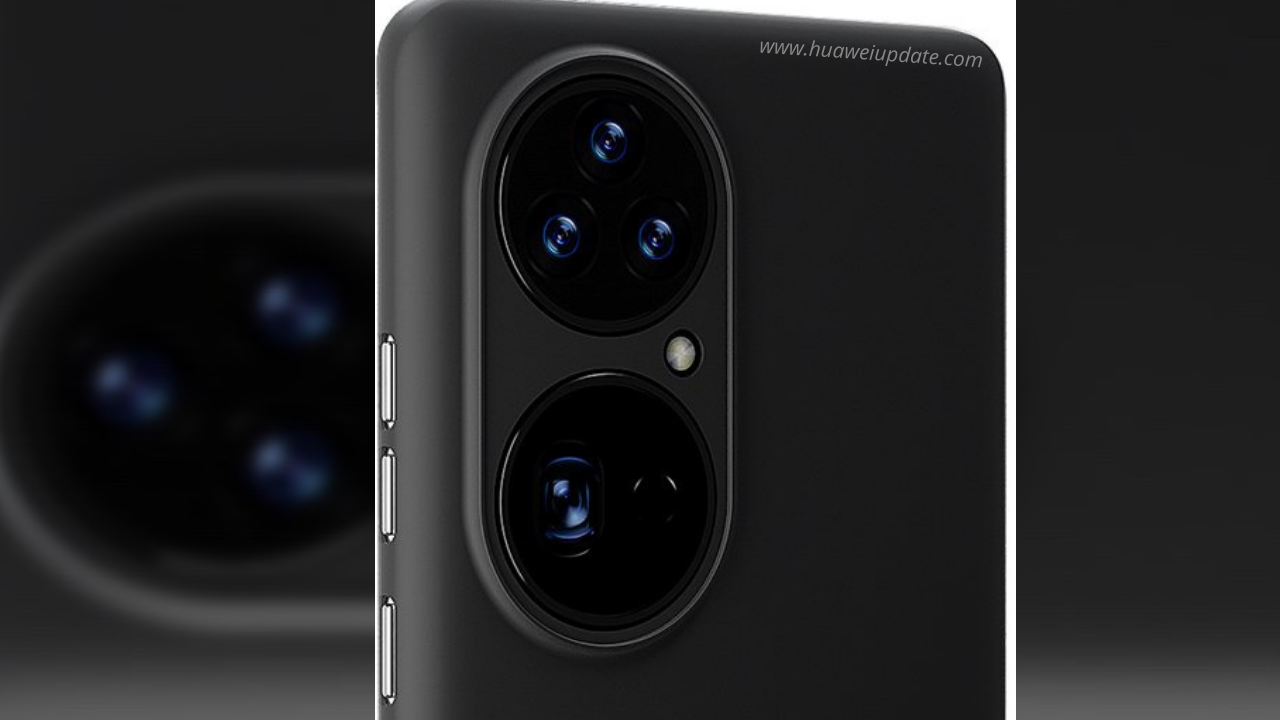 
According to the last leaks and rumors, the launch of the Huawei P50 series is expected next month. As per the company’s history every March, the Chinese tech giant debuts new models in P-series, due to multiple reasons, the debut of the upcoming P50 lineup is reportedly delayed.

Now, the latest render coming up via Gizmochina indicates that the Huawei P50 will have four rear cameras. Three of the sensors along with the laser focus module are housed inside the top circle while a single periscope zoom lens sits inside the second circle. There is a LEICA logo and an LED flash inside the oversized pill-shaped camera housing.

This case renders appearance is similar to concept creators @HoiINDI and @OnLeaks. It also matches the leaked third dummy model image. Huawei P50 has a centered punch-hole display although Onleaks said in his own leak that the screen is flat. The Huawei P50 vanilla variant will likely sport a 6.3-inch hole-punch display, pre-installed fully developed HarmonyOS, powerful quad-camera system, and much more exciting specs.

A few days ago, it was reported that Huawei P50 and P50 Pro enter mass production and P50 Pro+ is getting late because of the lack of components.