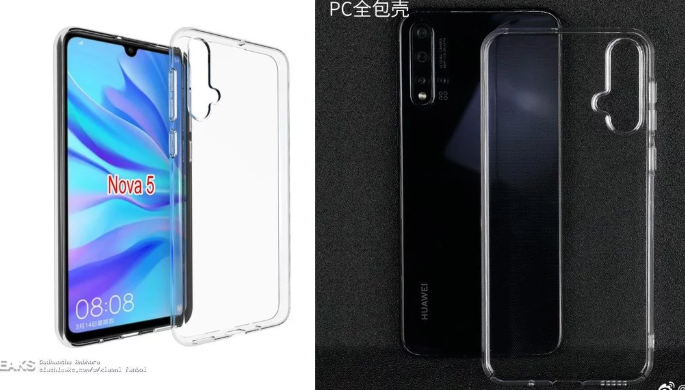 
Huawei has confirmed that it will be launching Nova 5 series smartphones on 21st June in China.

Now, ahead of the launch, render of the protective case of the Nova 5 has leaked online, which reveals that the smartphone will feature a waterdrop notch on top of the display.

The phone will get in-display fingerprint sensor as well.The leak also shows that the phone will come with four camera sensors arranged vertically on the back panel, along with an LED flash. The camera module on the phone is placed in the top-left corner.