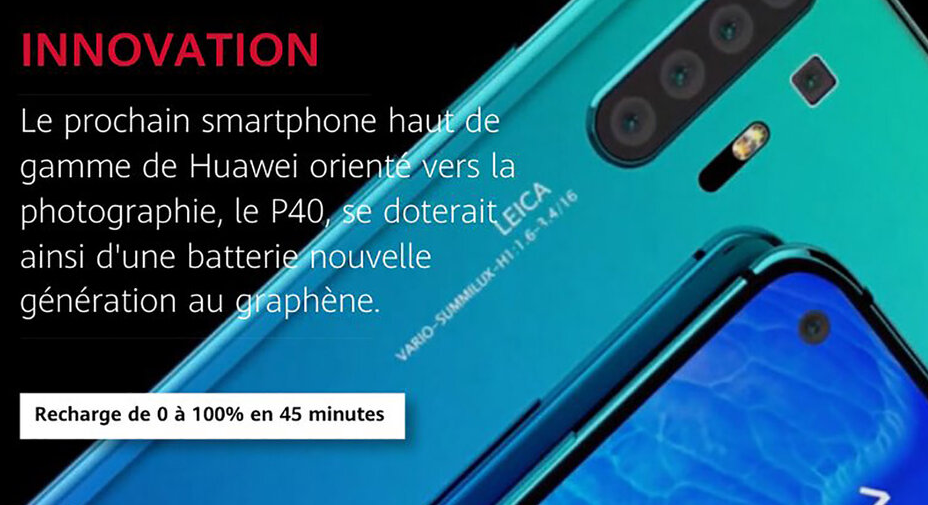 
Huawei’s official French Twitter retweeted this report and predicted that Huawei P40 Pro will be the first mobile phone brand equipped with graphene batteries, which will be used on Huawei’s high-end mobile phones. However, Huawei France’s official quickly deleted the tweet, saying it was just a rumor and not official confirmed.

When asked why the tweet was deleted, Huawei France confirmed that its release was wrong: “This is a rumor, not an official message.” Previously, Huawei officials also targeted graphene batteries. Rumors have given that no comment on the rumors.