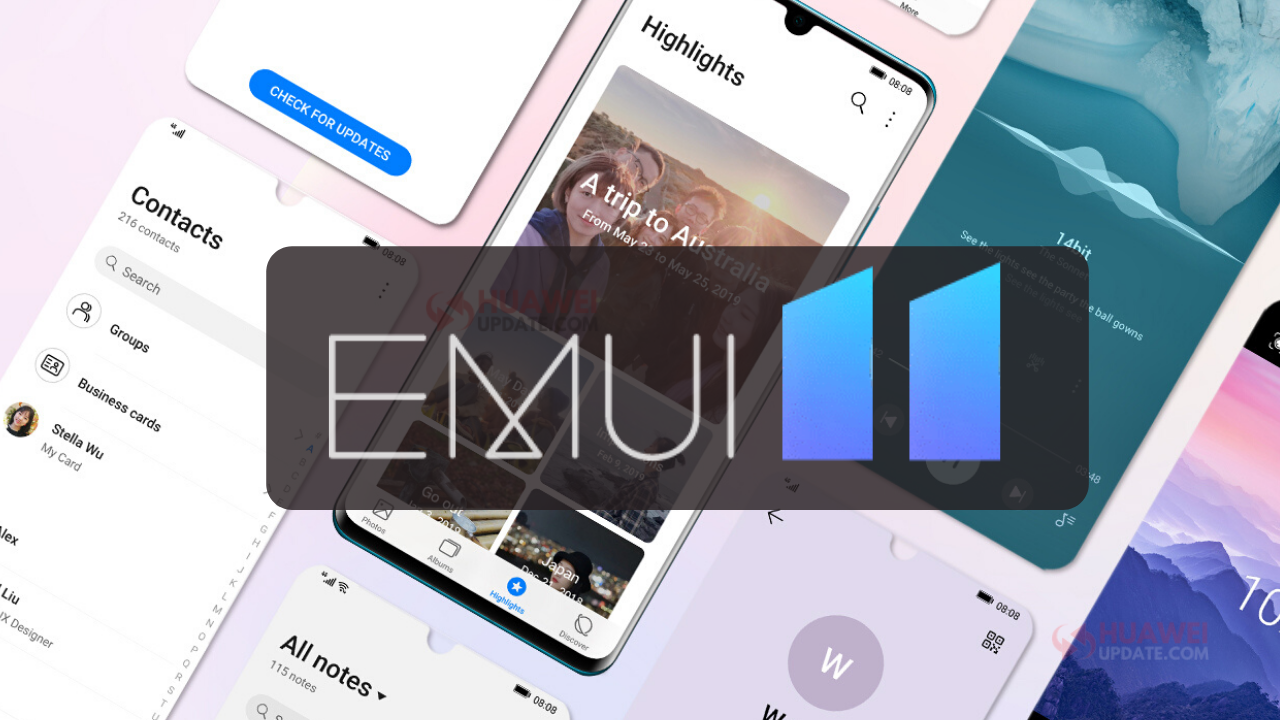 Huawei’s Wang Chenglu officially confirmed that Huawei EMUI 11 will meet you in the third quarter of this year. He also said, EMUI 11 will definitely have a big move but he did not share any specific details. He said that the major move of EMUI 11 is that distributed technology will further enable various application experience.

At the 2019 Huawei Developer Conference, Huawei released the EMUI 10 system, which uses distributed technology. Following the previous version, the EMUI 11 will bring many changes and new features.

To recall, the history of EMUI was first started on 30 December 2012 also known as an Emotion UI. The EMUI 1st version is Emotion UI 1.0/EMUI 1.0, based on Android 4.0 features a voice assistant app (only in Chinese), customizable home screens, and theme-switching.

EMUI 3.0: This version is officially launched on 4 September 2014 with Ascend Mate 7 in the pre-IFA event in Berlin.

EMUI 10: EMUI 10, based on Android 10, was launched on 9 August 2019 at the Huawei Developer Conference 2019. It brings the latest features and changes in user interface design including the magazine-style UI layout, Morandi UI color system, and the new Dark Mode.

EMUI 10.1: EMUI 10.1 is the latest version and it was launched at the Huawei P40 series global launch conference. Check the key features below.

Travel: Love travel, but worried about the language barrier? Whip out your phone to scan and translate street signs, menus, and more from the camera.

Mobile Office:  Multi-screen collaboration, Drag and Drop images, Project your phone and work on the large screen, Huawei Share (Use Huawei Share to send up to 500 images or a 2 GB file in less than a minute to a Huawei phone), and App Twin (Duplicated your fav app).