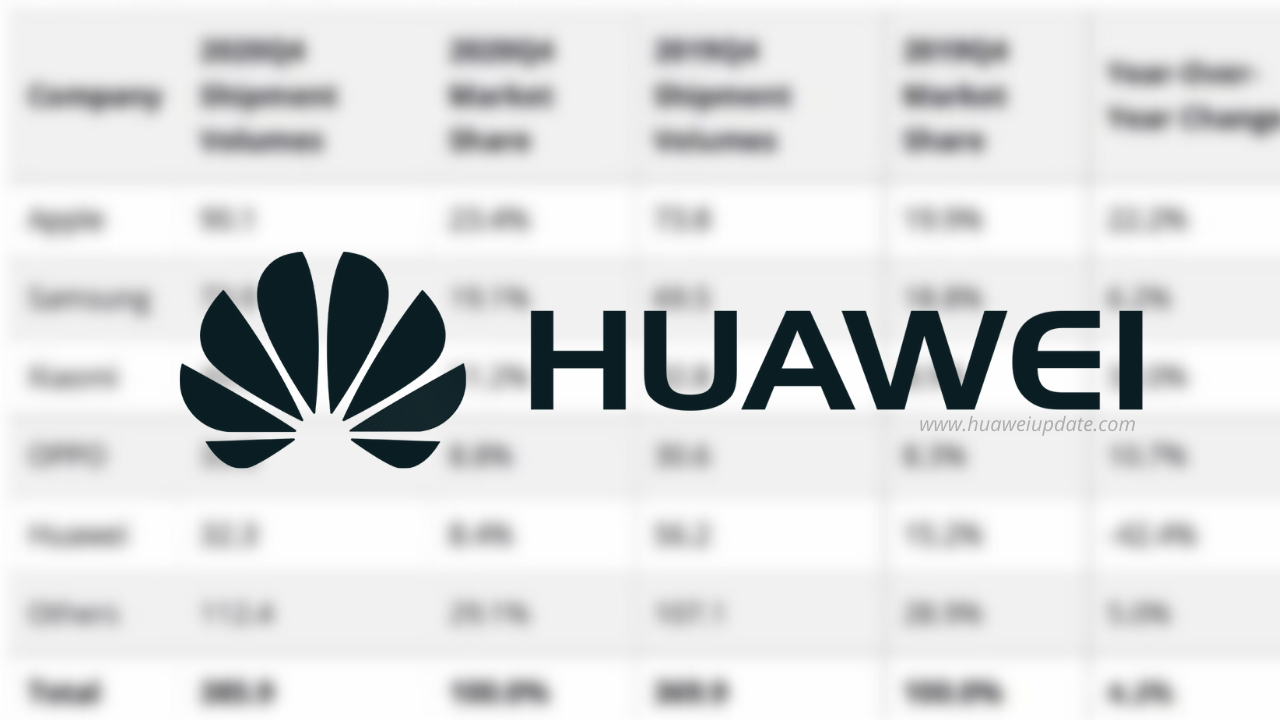 
2020 is not a good year for all smartphone manufacturers. Due to the impact of the new virus, global smartphone sales have declined. In addition, because of the impact of the chip ban, Huawei has also had a huge impact. Sales continue to decline, which affects the whole body and has an impact on smartphones around the world.

Recently, IDC released the global smartphone market data for the fourth quarter of 2020, and we found that this is a real reshuffle. Apple ranked first with a great sales of iPhone12, Q4 sales reached a record of 90.1 million units, a year-on-year increase of 22.2%, surpassing Samsung and returning to the world’s number one.

In terms of growth rate, Xiaomi’s growth rate was the highest, reaching 32.7%, followed by Apple, with 22.2%, while Huawei had the most serious decline, with a decline of 42.4%.