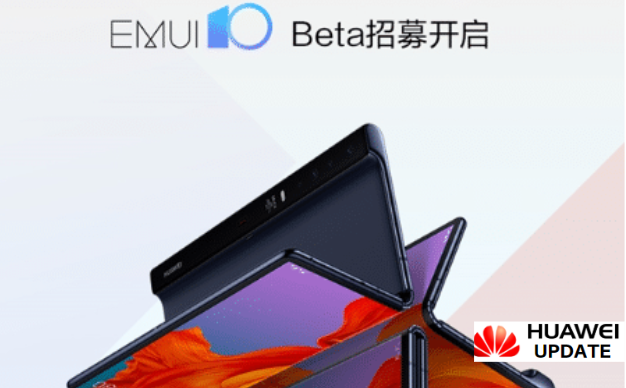 
The much-awaited Huawei’s foldable phone Mate X was launched in February in Barcelona, While the smartphone goes official it runs on the Android 9.0 Pie-based EMUI 9.1 out-of-the-box. And now according to the President of Huawei Consumer BG Software Department, Wang Chenglu, announced that the Huawei Mate X foldable phone is now getting the EMUI 10 Beta update.

As for now the update is in beta stages meaning you will come across numerous bugs. Interested participants can access this beta update through Recommendation” > “Internal Beta Registration” > “Register Now”. Since this is the beta update, we will recommend taking a complete backup of the device. As of now, the company has now revealed the official stable update roadmap.