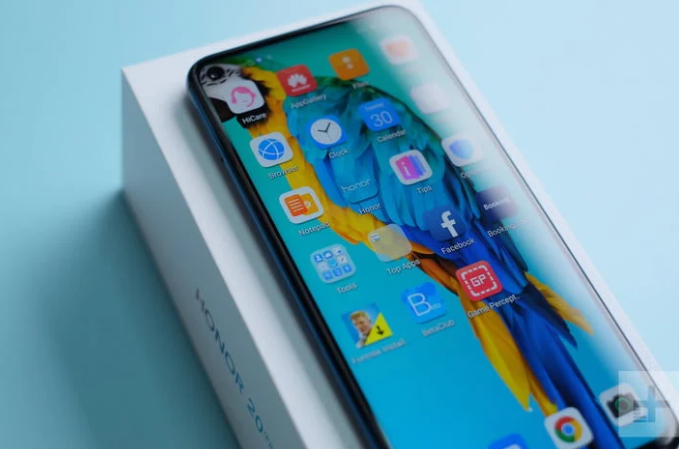 
Digital Trends has shared two images that were received through a reliable source. Both images have revealed the frontal design of the Honor 20 Pro.

The new images revealed that the Honor 20 Pro will be equipped with a punch-hole display design. The hole for the front camera can be seen on the top-left corner of the display. The display hole has been cleverly camouflaged in the wallpaper on both images. One of the snapshot also reveals that the phone will come preloaded with Fornite game which indicates that the phone will be run high-end games.

It is speculated that the Honor 20 will be also sporting the same display design as the Honor 20 Pro handset. The Honor 20 and 20 Pro are rumored to arrive with 6.1-inch and 6.5-inch OLED display panels. Previous reports have revealed that both smartphones will be equipped with in-screen fingerprint readers. The images also reveal the presence of a side-mounted SIM tray and Amazon Alexa assistant.