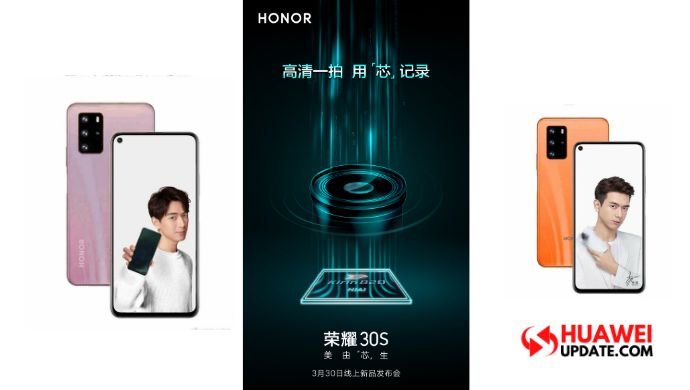 
Honor is set to launch its next Honor 30S smartphone on March 30. Earlier today, a new Honor 30S render revealed the Penta Camera design. Now, another poster spotted online that indicates the Honor 30S will have huge camera config.

The Honor 30S is said to feature Huawei Kirin 820 5G chip as well as 40W fast charging. About the camera concern, the smartphone will come with a 64-megapixel rear camera, 3x optical zoom feature.