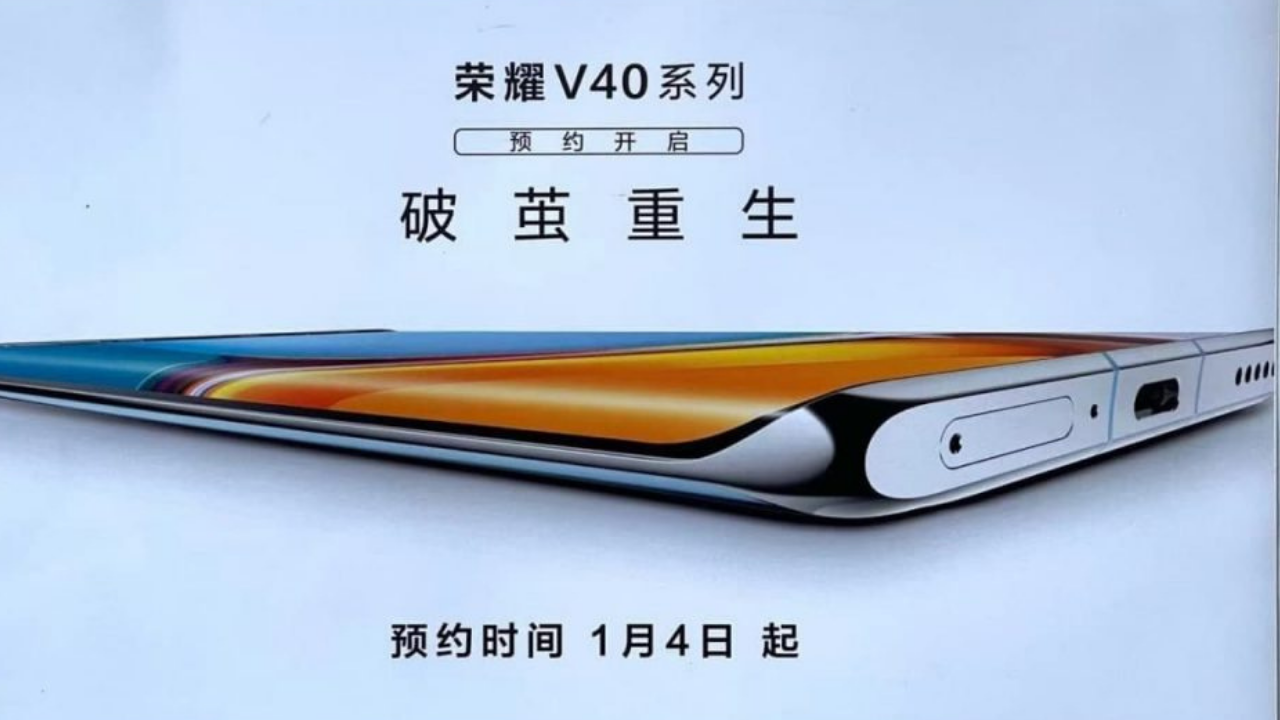 
JANUARY 5, 2021:
According to the latest information, Honor V40 will be launched around January 18 and January 22. However, an official confirmation is yet to come.

Honor V40 smartphone is ready to make its official debut on January 12, 2020, claims a well-known Weibo tipster – Digital King. Ahead of the official launch the renders and specifications of this device are already out which gives us an idea.

Recently, the V40 series passed the network access certification, which shows that V40 comes with an HW-110600C0x charger capable of 66W fast charging. Also, as per the latest leak, the new poster of Honor V40 spotted on Weibo indicates that the Honor V40 series pre-booking started on January 4 and the V40 brings a large waterfall display with a Breaking the Cocoon theme. The tipster says pre-booking for Honor V40 is opened on all major offline stores and will be available online after launch.

According to the previous leaks, the Honor V40 will come with MediaTek Dimensity 1000 processor, a 120Hz screen refresh rate display, a 300Hz touch sampling for an ultra-fast response, 66W fast charging, a 50MP rear camera, Magic UI 4.0, HMS, and more.