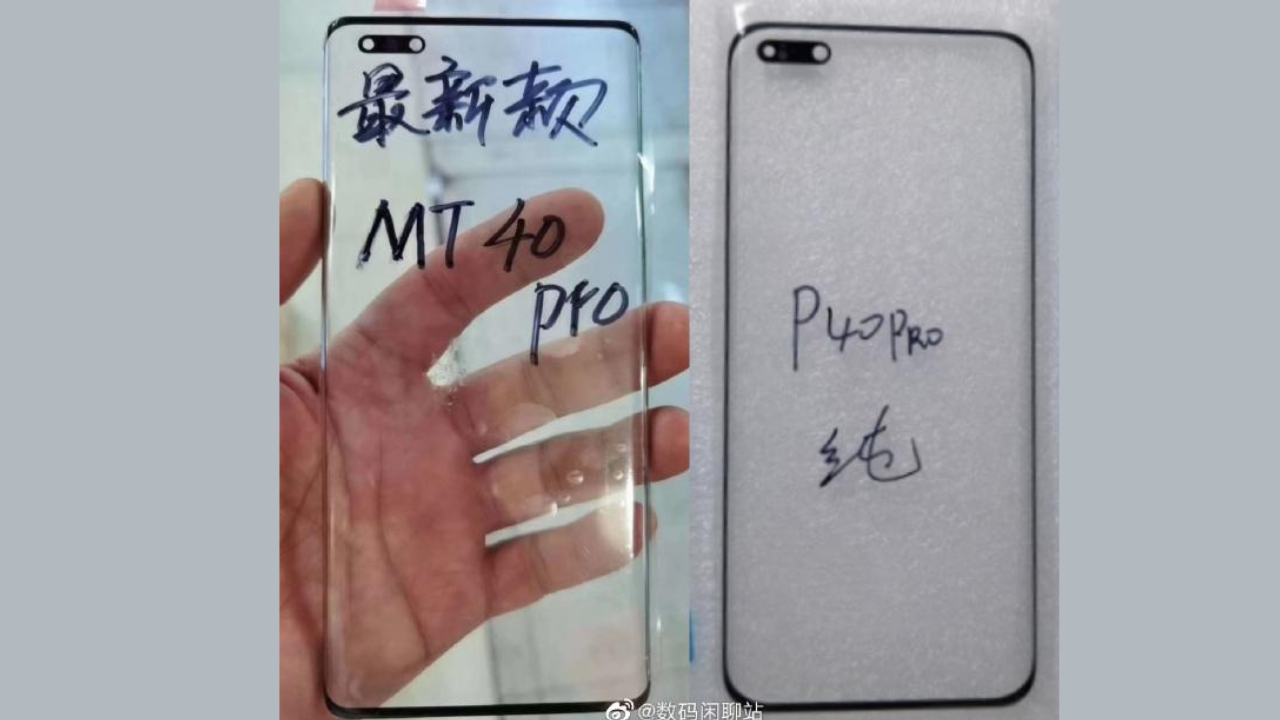 
Huawei Mate 40 series is expected to launch soon and the rumours have started trickling in. A well-known Weibo leaker DigitalChatStation leaked the Huawei Mate 40 Pro screen protector, it shows the pill-shaped dual punch-hole display,  the aperture seems to be a bit smaller than that of the P40 Pro. The Huawei Mate 40 Pro adopts a large-curvature waterfall screen design. The aperture is slightly smaller than that of the P40 Pro and the upper and lower curved surfaces of the front screen are smaller.

On the previous report leaked CAD renderings of Huawei Mate 40 and Mate 40 Pro shows curved displays. The front design is similar to the exposed Mate 40 Pro.

Judging from the latest rumors/leaks the Huawei Mate 40 and Mate 40 Pro will be equipped with 5nm Kirin 9000 processors. The new phones will use hyperboloid displays and a perforated design. There is a huge round camera (Oreo shaped) on the back.. In terms of software, Huawei Mate 40 Pro will be pre-installed with EMUI 11 based on Android 11 and Huawei Mobile Services (HMS).