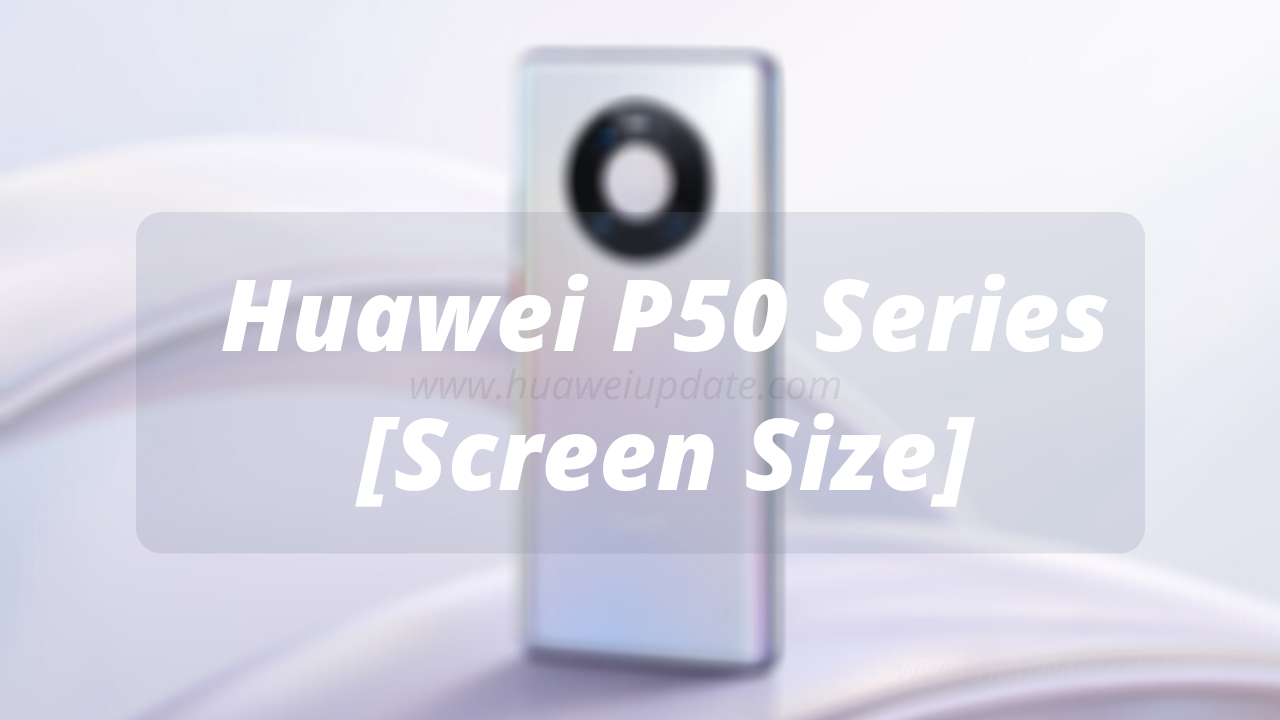 
Recently, the rendering of the upcoming Huawei P50 Series phone – P50 Pro has been leaked by @onleaks. According to the leak, this phone will be equipped with a 6.6-inch waterfall screen with a length of 159mm and a width of 73mm. The P50 Pro will use a very thin frame and curved display but will provide a central punch for the selfie camera instead of a pill-shaped punch.

The device will also use a standard design instead of the magnetic suspension screen sound technology used in Huawei’s P40 series. Now, according to @rodent950, Huawei’s P50 series will have three size models, namely a 6.1-6.2-inch base model, a 6.6-inch medium model, and a 6.8-inch premium model. It is expected to correspond to P50, P50 Pro, and P50 Pro+ models respectively.

Also, the Huawei P series smartphones are well known for the camera capabilities so that the P50 series will continue to follow this path and will bring new specs. With dimensions of 159mm x 73mm x 8.x mm it will be quite similar to the P30 Pro’s front design. The camera settings are very similar to the Mate 40 triple camera and may have a new main camera with an ultra-wide-cine camera.

Also Check: Kirin 9010: Huawei’s next flagship chip is said to be 3nm