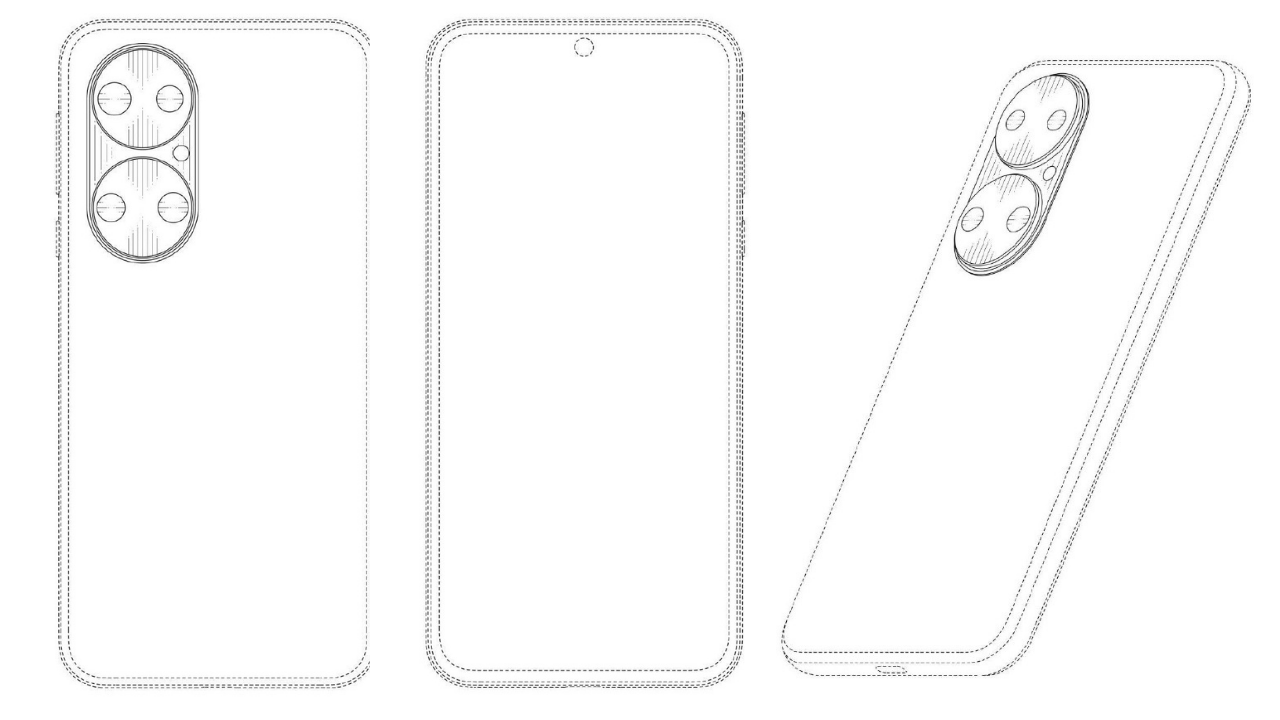 
According to the latest news, Huawei will hold a P50 series new product launch conference in May. Now a Weibo leaker @WHYLAB has shared the CAD images of the Huawei P50 Standard Edition, it shows four cameras at the backside and a centered punch-hole front display.