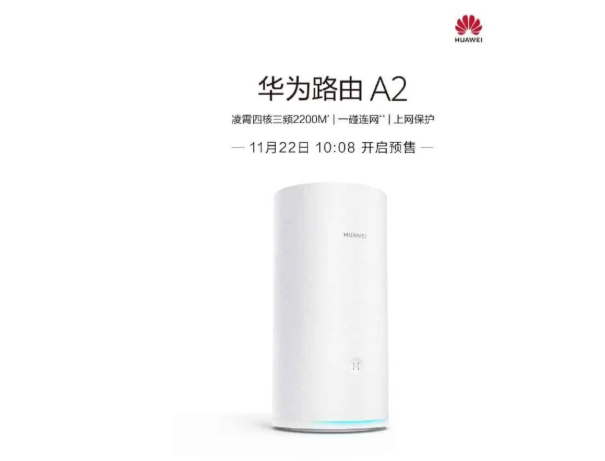 
At the launch event in China, Huawei has introduced some interesting products, Inline includes the MatePad Pro, MateBook D 15-inches , Huawei’s 75-inch smart screen, and Sound X. The company also thought to make market value much more in the routing products to boost the networking area with wireless routers. This includes the Huawei A2 Wi-Fi Router that is the first in the world to feature one-touch NFC support on a network router. According to the company’s official, Router A is the first router with NFC One-Touch support. The device is quite a bargain going up for sale for just CNY399 (~$57).

The Huawei A2 Wi-Fi router is powered with a 1.4GHz CPU, with 3 Lingyi Wi-Fi chips (1×2.4GHz + 2x5GHz) and 6 independent signal amplifiers. It also includes 4 high-performance cores that boost signal transmission over medium to long ranges.

Huawei’s A2 Wi-Fi Router boasts up to four unique bands of 2.4GHz, 5GHz (low-frequency band) and 5GHz (high-frequency bands). It supports three-band integration and is capable of 2134Mbps of wireless rate. The device is also capable of automatically detecting and connecting to the better frequency band and evenly distributes 5GHz devices to two 5GHz devices.

Note: Huawei has already started taking pre-orders and is selling the device for 399 Yuan. The product will officially launch on 1st December.