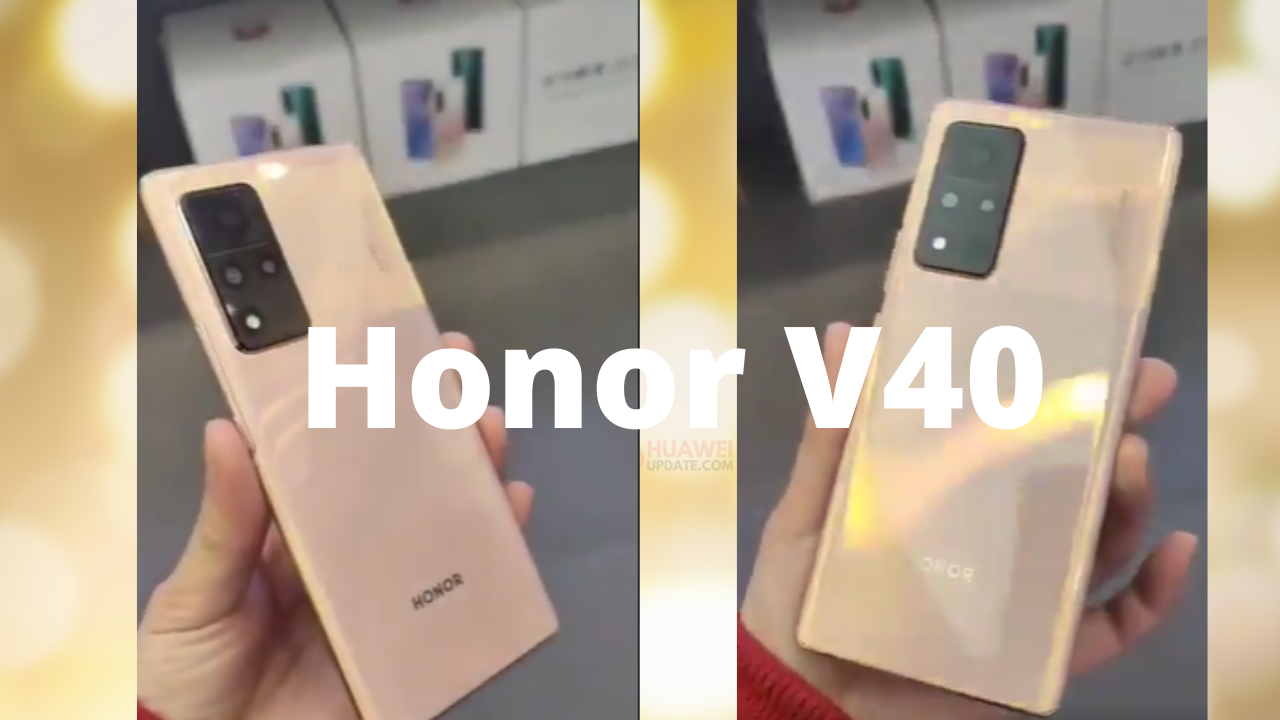 The Hands-On video of the upcoming Honor V40 5G has leaked and revealed the backside of the device. Take a look,

Honor has officially announced the new launch date of the upcoming V40 5G conference and according to the official schedule, it will be held on January 22. The previously exposed Honor Mall test page shows that the source code of the page contains five suspected new product codes: “York, Nobel D, Bohr D, Locke, Kanon” the code name York is the internal codename of the upcoming Honor V40, and Nobel D, Bohr D, Locke, and kanon should be new products to be released together.

As per the Honor Mall launch date, it will be officially launched on January 12, and the shopping and services related to the Honor brand will also be migrated to the new mall.

According to the previous leaks and reports, the Honor V40 will come with MediaTek Dimensity 1000 processor, a 120Hz screen refresh rate display, a 300Hz touch sampling for an ultra-fast response, 66W fast charging, a 50MP rear camera, Magic UI 4.0, HMS, and more.

The official warm-up poster of the V40 confirmed that it will support a 300Hz touch sampling rate.

According to the poster, the Honor V40 will be available in three colors: black, blue, and orange. There is a rectangular camera body on the upper left corner of the back. The main sensor sits at the top, followed by three other sensors and an LED flash.

The rear camera design for the Honor V40 5G has been leaked and it is expected to adopt a large curvature hyperboloid screen, rear rectangular matrix three cameras + flash + another flash or mysterious sensor.