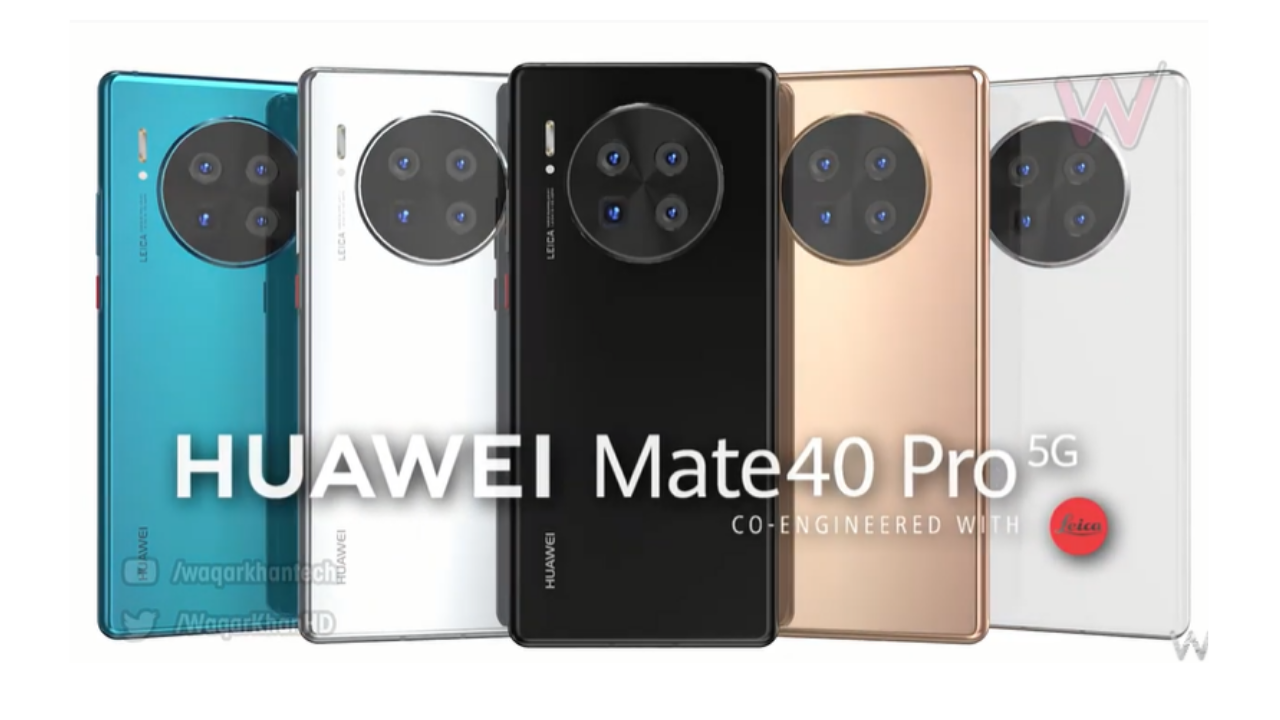 Youtuber Waqar Khan has recently shared Huawei Mate 40 Pro render on his youtube channel. Video shows the upcoming Mate series flagship will follow the previous Mate 30 series design (Oreo shape). At front, the smartphone may use a dual punch-hole display, it seems the pill will be smaller than the Huawei P40 Pro. Check the video below.

Recently, CEO of Display Supply Chain Consultants (DSCC), Ross Young says Huawei Mate 40 series to come with 6.5, 6.78 inches, and 90Hz display. The next year’s flagship models will launch with a 120Hz display. The Huawei P50 Series and Mate 50 Series may debut with the 120Hz refresh rate. However, nothing is confirmed officially at the moment.

Judging from the latest rumors/leaks the Huawei Mate 40 and Mate 40 Pro will be equipped with 5nm Kirin 9000 processors, to have NSA/SA dual-mode 5G. The new phones will use hyperboloid displays and a perforated design. There is a huge round camera (Oreo shaped) on the back. In terms of software, Huawei Mate 40 Pro will be pre-installed with EMUI 11 based on Android 11 and Huawei Mobile Services (HMS).