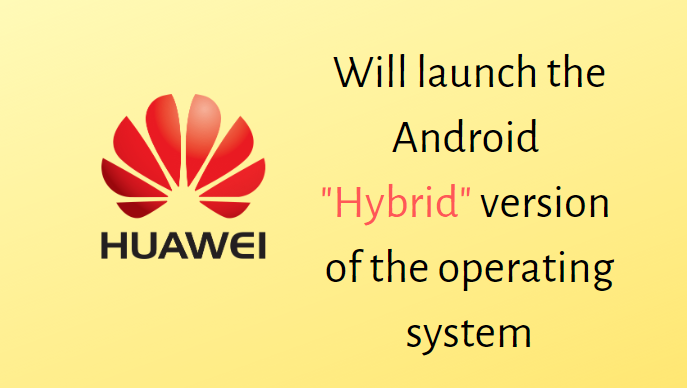 
On June 8th, according to the Financial Times, Google is trying to persuade the Trump administration to no longer ban the license to export to Huawei, and to provide technology to Huawei in the name of US national security. The Financial Times quoted sources as saying that the core point of the argument is that Huawei will be forced to launch an “hybrid” version of Android that will be “more vulnerable to hacking, especially in China.”

There is no doubt that if Google and other US companies no longer do business with companies like Huawei, then their revenue will indeed be affected. Is it true that Google is worried about losing Huawei as a big customer, or is it really because the “mixed” version of Android will lead to more serious security problems, we don’t know, but it is certain that many large technology companies in the United States are banned from Huawei. There is no firm position and the Trump administration is on the sidelines.

At present, all US companies, including Google, are prohibited from doing business with Huawei. In the long run, this means that Google will not be able to provide any services on Huawei phones. In the short term, Huawei obtained a temporary license and can continue to receive support from Google Software Update.

Recently, Huawei’s “Hongmeng” has heard news frequently. The latest media report is that Huawei’s new operating system is named “Hongmeng OS” in the domestic market and “Oak(Ark) OS” (Ark) in overseas markets, or Launched in August or September.

Huawei’s consumer BG CEO Yu Chengdong previously revealed that Huawei’s self-developed operating system has opened up mobile phones, computers, tablets, TVs, cars, smart wear, and unified into an operating system. Moreover, Huawei’s OS is compatible with all Android applications and all web applications, and if the Android application is recompiled, the running performance of the system will increase by more than 60%.

In addition, Huawei registered its self-developed operating system trademark in Europe on May 29 this year and named it “ARK” (Ark).

Huawei previously said that it can launch a custom operating system “very fast”, although it is not clear that it is based on the Android version currently used in China (no Google service), or a brand new self-developed system, but Hongmeng has clearly become famous. outer.

The first step: Huawei launched a forked version that no longer includes Google services. One of the most important features of Google services is Google Play Protect, which automatically scans for malware, viruses and security threats. The other is that users who use Google services to buy mobile phones typically use the apps available in the Google Play store, which are much more secure than users in other unofficial stores.

Step 2: Huawei mobile phones with a forked version of Android are sold globally. These Huawei phones are not so secure and hacked.

Step 3: Someone in the United States unwittingly sends sensitive information to a Huawei phone that is using one of the “blacked out”. Regardless of how secure end-to-end encryption is, if there is malware directly on the phone, it is possible to see the message being sent.

Google’s arguments may mean whether this dispute can be resolved quickly or lead to more complex results. The impact of banned Huawei mobile phones from updating to the latest Android system may be incalculable. According to overseas market research firm Gartner, in the first quarter of 2019, Huawei became the world’s second largest smartphone manufacturer with 58 million units of shipments. The rate reached a record high of 15.7%.

According to official sources, Google’s provisional license for Huawei’s mobile phones will expire on August 19.