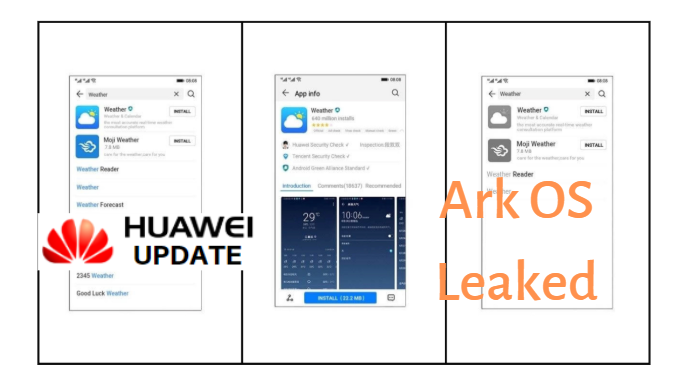 
According to the latest reports, the company has filed the name “Ark OS” with the German Patent and Trademark Office (DPMA). This application was filed on the 24th of May.

Huawei filed a claim at the DPMA for the design of certain elements of an interface. In the patent application, the company also shared screenshots of the menus inside the said interface.

The images are starkly different from what the company has been doing with the current Android skin called EMUI.

The applications showcased in the screenshots are allegedly Android-based. This insinuates that the purported Ark OS will support Android apps natively and will give an option to download them using a third party store.