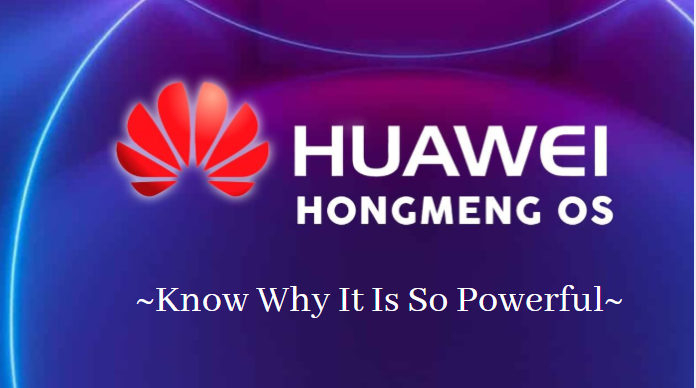 
Huawei has been banned by the US government for almost a month. Since then, there have been too many news and rumors about Huawei. For Huawei, the company’s chip and software supply will cause trouble in the supply chain in a short period of time. But in the long run, this is also an opportunity. Huawei, which has an annual revenue of 100 billion US dollars, has long been developing its own operating system.

Huawei has a lot of factors to be optimistic about the system. People who eat melons are busy, but Huawei has not relaxed the operating system. It was carried out many years ago. They have dug up a big cow in the global operating system field. And it is the top big cow to lead the OS system kernel team.

This person is Professor Chen Haibo of Shanghai Jiaotong University. Although he is still a young post-80s professor, Professor Chen Haibo’s breakthrough in the operating system field is too dazzling. In his own words, as of the end of 2010, Asian scholars 40 In the past years, the number of independent research papers published in SOSP (Operating System Principles Conference, established in 1967) is still zero. In 2011, Professor Chen’s paper was accepted by SOSP, achieving a breakthrough in China and Asia.

What can Huawei OS Kernel Lab do?

According to official information, Huawei’s operating system kernel lab is responsible for the research and results of low-latency, high-security, high-reliability and high-intelligence next-generation OS core technology required for new technologies such as 5G, pipeline, and AR/VR in the future. Conversion.

At present, the laboratory has gathered nearly 30 OS scholars and experts from the domestic and international academic and industrial circles led by Professor Chen Haibo of Shanghai Jiaotong University, all from top domestic and foreign research institutes or enterprises. Many scholars have strong influence in the international academic community, and often serve as top-level conference PCs in various related fields; many experts have made significant contributions in open source communities such as Linux.

The lab currently works with leading laboratories at internationally renowned universities including, but not limited to, MIT, Stanford, Yale, and UNSW to create the industry’s leading next-generation operating system.

At present, apart from knowing that Huawei is studying its own operating system, other details are unknown. At present, the rumor is that Huawei’s self-developed system is called Hongmeng. This name is very meaningful, and Huawei has also registered the trademark of Hongmeng in recent years.

Nowadays, Huawei’s self-developed system is still foggy. However, from the research of Professor Chen Haibo, the ambition of Huawei’s Hongmeng system is not so small. Smartphones are only part of it. From the papers found on the Internet, Huawei wants The system is “a set of code frameworks for different areas of customization”, vertical integration of software and hardware to achieve the best experimental, performance, data center available, PC, smart phones and other consumer-level areas can also be used.