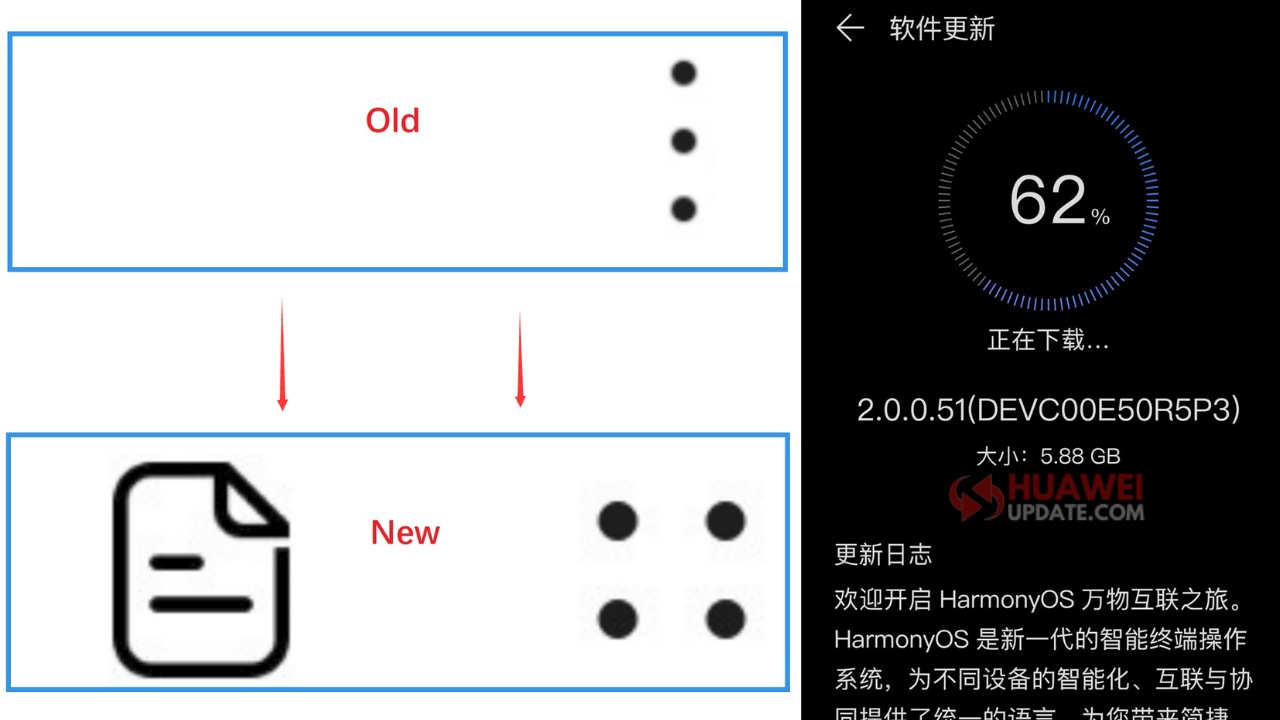 
According to Weibo tipsters, some Huawei users have now received the HarmonyOS 2.0 developer Beta public test version, seamlessly connecting to EMUI11. The update package sizes are 2.87 GB/6.20GB. It is said that more devices will be upgraded after May 31, 2021.

This update reveals some UI changes and icon. The update package volume is about 5.88GB. We will continue to pay attention to Huawei’s official announcement in the future.

According to the changes in HarmonyOS 2.0, the current developer version of HarmonyOS 2.0 seems to have little difference in UI from the EMUI11 version based on Android 10.

At present, most of the apps in “Huawei Public Test” adopt a “card-like” interactive idea-the most obvious ones are “Negative One Screen (Smart Assistant · Today)”, “My Huawei”, and even “File Manager”.

3. Slide down the menu bar to have more secondary menus

5. The drop-down of the message pop-up window supports quick calling out of the split-screen small window

When you open some applications in the drop-down menu bar, you can feel the new visual experience brought by Gaussian blur, but it seems that only Mate 40 series and Honor V40 models support this feature.