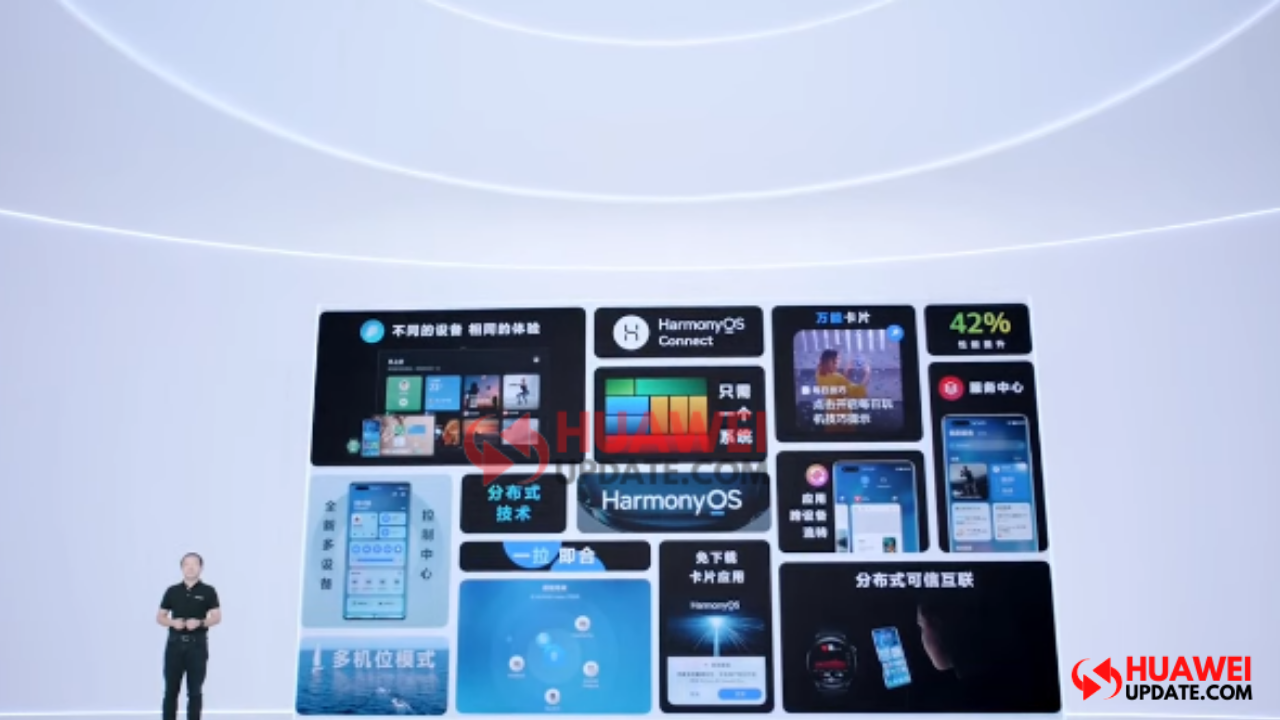 
Huawei has officially released the HarmonyOS 2 operating system. We can say that the “mobile phone equipped with HarmonyOS (Hongmeng)” has become an official product for the market.

At the same time, Huawei announced the slogan of the HarmonyOS operating system—One as all – All as one. According to reports, the HarmonyOS 2 full-scenario smart life solution provides one-stop solutions to the five major life scenarios of smart home, smart office, smart travel, sports and health, and audio-visual entertainment.

Huawei said that no matter the size of the device, only one system can cover smart terminal devices as small as 128K of memory, as large as 4GB or more.

At the press conference tonight, Huawei officially launched the latest HarmonyOS 2 system and began to push it on Mate, P and other mobile phones, MatePad tablets, other devices, and the Harmony era has truly begun.

Hongmeng 1.0 was launched in 2019, and Hongmeng 2.0 was launched in September 2020. It will fully enable the full-scene ecosystem, with five major capabilities including cross-device, service transfer, extreme speed, visibility, and privacy and security.

Immediately after the release of Hongmeng 2.0, the Beta version will be released for application developers, which will be released on September 10 for large screens, watches, and cars, and in December 2020 for mobile phones.

On May 16, Huawei OpenHarmony 2.0 was open sourced one after another.

On May 18, Huawei announced that Huawei HiLink and HarmonyOS will be unified into Hongmeng Zhilian.

On May 25, Huawei’s EMUI Weibo changed its name to HarmonyOS, and it was officially announced that the Hongmeng product launch event would be officially held on June 2.

Hongmeng OS: Everything is unified, one system meets all kinds of equipment

At the press conference, Huawei introduced that Hongmeng OS is an operating system that can support multiple devices and multiple hardware. Whether it is a mobile phone, a tablet or a watch, car, IoT, etc., it can be connected with only one system and can cover the memory. Small and large smart terminal devices ranging from 128K to 4GB or more.

This article will be updated.