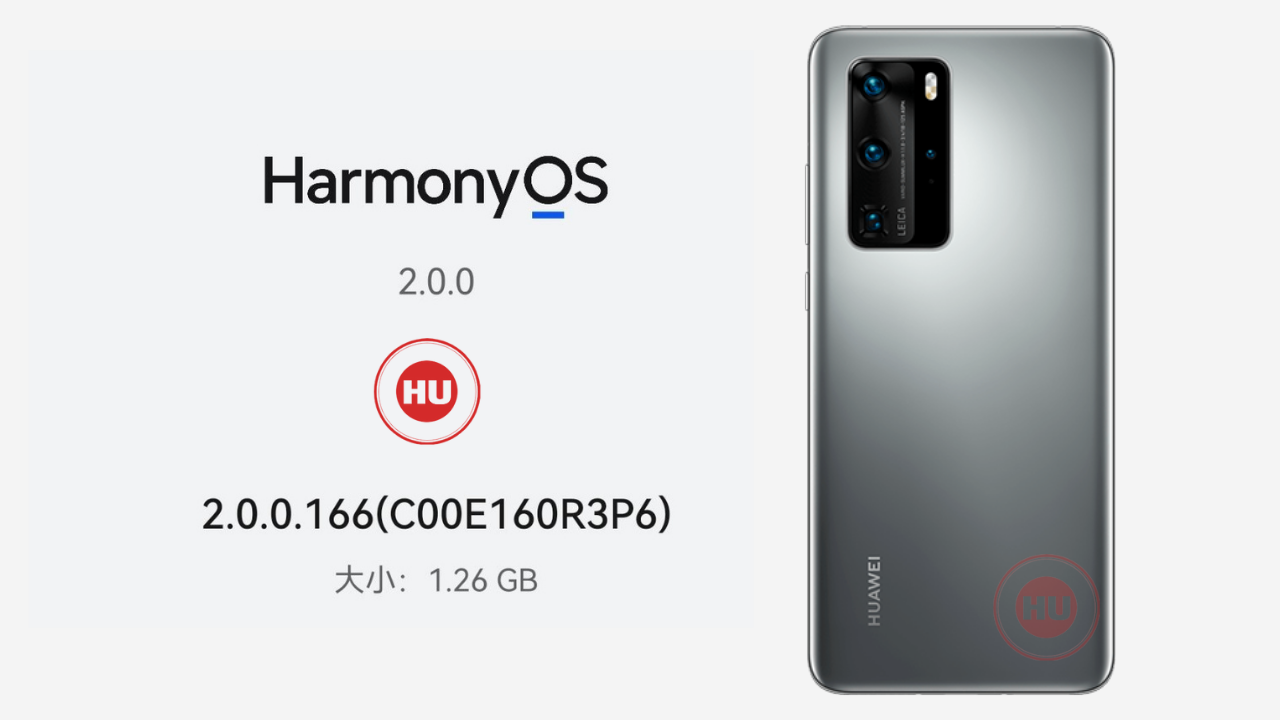 
Last year, Huawei announced three new smartphones at the online-only event, as it took the wraps off the Huawei P40, P40 Pro, and the P40 Pro+. The new smartphones come as the company’s flagship for 2020 and replace the P30 series of phones that were quite popular with buyers across the globe for their almost professional-grade camera performance.

The phones were launched with the EMUI 10.1 and since then all devices had received a number of updates in the form of EMUI 10.1, EMUI 11, and more. Now, it’s time for the HarmonyOS update, the company has started rolling out the HarmonyOS 2.0.0.166 (C00E160R3P6) update for the P40 Series with a package size of about 1.26GB. This update adds a multi-camera shooting mode.

By changing the camera position, you can get more wonderful videos and photos of the lens. At the same time, the service center will add a new file center function to make viewing files more convenient. Recommend you to update the experience. Below you can check the complete changelog.

The two P40 Pro and P40 Pro+ sports a 6.58-inch octa flex display which is curved on both sides. The display is capable of Quad HD+ resolutions and a 90Hz refresh rate. It also supports DCI-P3 HDR colour gamut.

Under the hood, both the phones come running Huawei’s own Kirin 990 chipset paired with 8GB of RAM on the P40 Pro and 8GB of RAM on P40 Pro+. For storage, the P40 Pro gets up to 256GB storage while the P40 Pro+ gets 512GB of memory for storing photos, videos and games.

The cameras are definitely the biggest highlight of the two phones, and it where the two phones differ slightly. For the P40 Pro+, Huawei has gone ahead with a Leica Ultra Vision camera set-up that will comprise of a 50 MP primary lens, a 40 MPsecondary lens, an 8-MP periscope lens, an 8-megapixel telephoto lens, a ToF sensor, and finally a colour temperature sensor too — making it a total of 6 sensors onboard for photography.