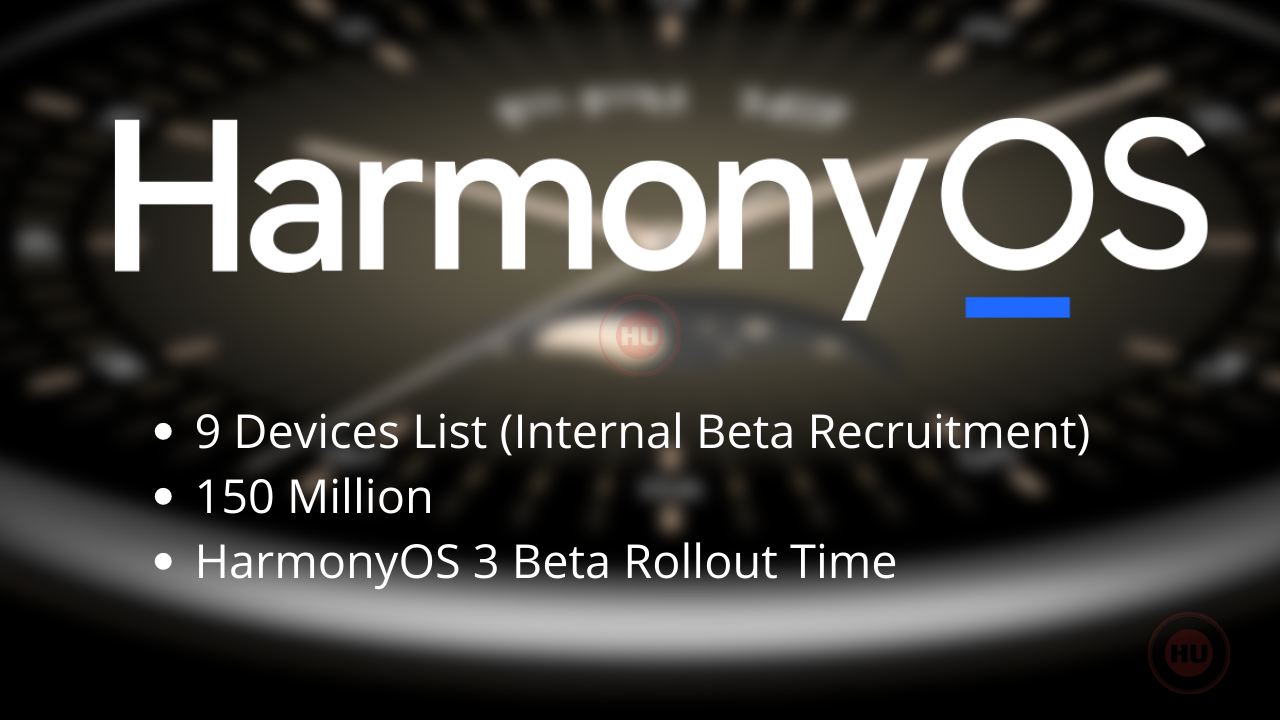 
Huawei has hosted the Huawei Developer Conference 2021 (HDC 2021) recently and during the conference, the company has explained the 1+8+N strategy. In which the “1+8” means HarmonyOS and “N” for HarmonyOS Connect.

Huawei also announced that the HarmonyOS 3 Beta version is expected to be released in the first quarter of 2022, providing developers with more complete system capabilities and development tools.

Now, according to the latest HarmonyOS update information, the ninth batch of Huawei HarmonyOS internal beta recruitment is in progress. Users who hold 9 devices including Huawei nova 8 SE can sign up to upgrade HarmonyOS.

These 9 Huawei Devices are now open for the HarmonyOS beta internal beta recruitment:

Judging from this upgrade news, HarmonyOS is advancing almost at an average daily upgrade volume of 1 million. At the same time, the number of new shipments this year exceeded 60 million; the number of HarmonyOS atomic services developed by more than 400 partners exceeded 16,000.