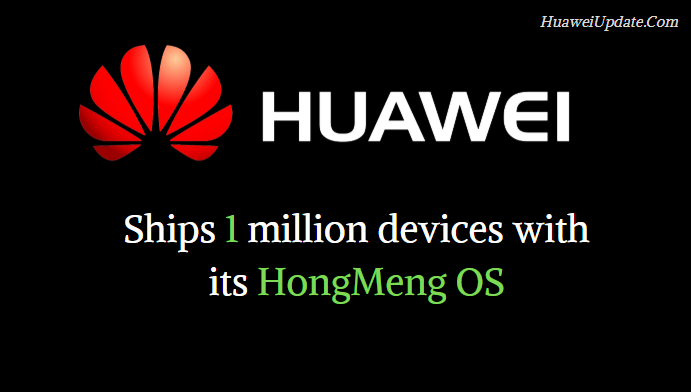 
Huawei was previously reported to be working on its own operating system for mobile devices which is expected to debut later this year. According to the firm Rosenblatt Securities, the devices were being prepared for testing, without clarifying if they are actual market-available phones or development products. The said OS is allegedly called HongMeng and is reported to be cross-compatible with Android OS.

According to a report published by China Daily, Huawei has already shipped 1 million smartphones with the HongMeng OS onboard for testing. Besides supporting Android applications, the OS is claimed to have increased security functions to protect personal data.

The China Daily website quoted Yu Chengdong (also known as Richard Yu), Huawei’s CEO of the consumer business group, who said the company’s own operating system “will be available as early as this fall or next spring at the latest”.

It is prepared to be installed on mobile phones, computers, tablets, TVs, cars, wearables and everything else you can install an OS on, Yu said in a WeChat group with internet experts.