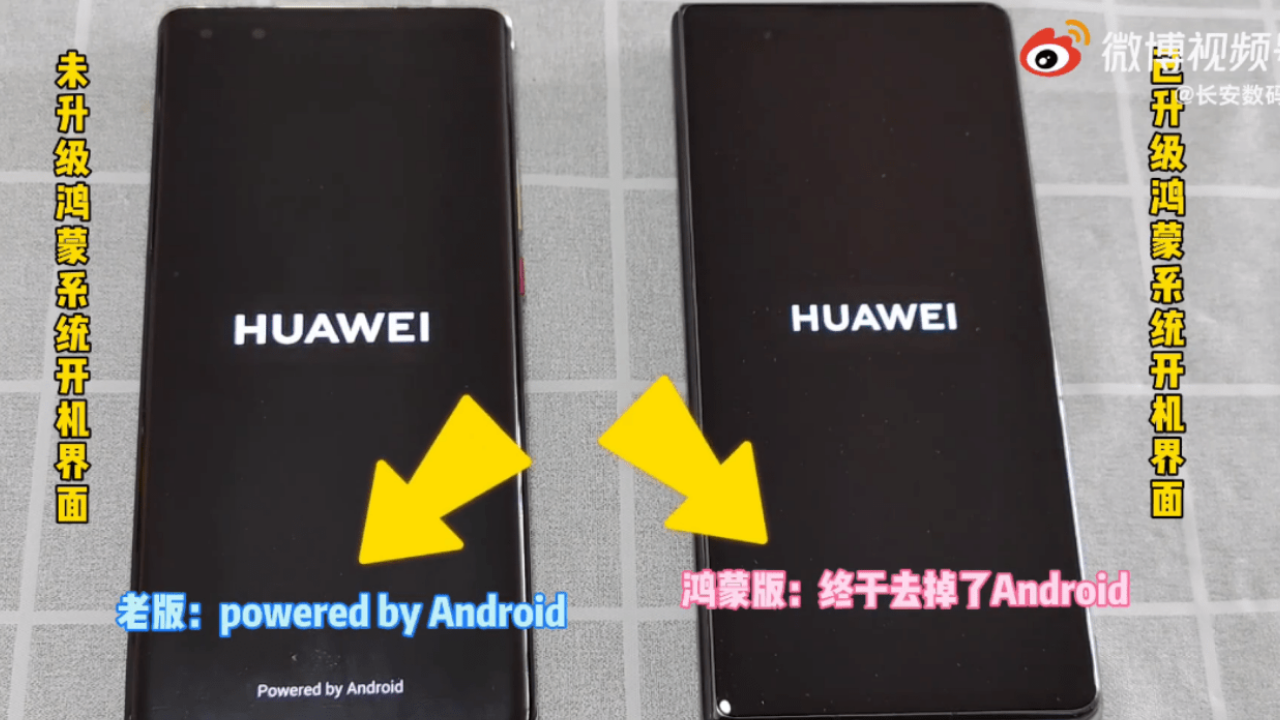 
Huawei HarmonyOS 2.0 boot interface has finally removed the original word Powered by Android at the bottom. According to a report, Huawei’s Wang Chenglu said that Harmony/Hongmeng OS is for all devices and can be multi-terminally transferred and deployed. It is a new intelligent terminal operating system, which is different from the traditional concept of iOS and Android systems.

Recently, we saw the video of a comparison between EMUI 11 and HarmonyOS 2.0. The models are used in the comparison are Huawei Mate X2 and Mate 40 Pro, both are powered by Kirin 9000 and 90Hz refresh rate. The performance of all the Apps is faster in HongmengOS/HarmonyOS 2.0 rather than EMUI 11.

Yesterday, the official Weibo account of HarmonyOS announced the certification information of Huawei Terminal Co., Ltd. The launch of HarmonyOS’s official Weibo means that the consumer version of Hongmeng OS will also be fully online. It is expected that the account will release more information about Harmony/Hongmeng OS in the future, such as function introduction, system introduction, update warm-up, etc.

According to previous official news from Huawei, the coverage target of Hongmeng OS this year is 300 million hardware devices, of which 200 million are Huawei mobile phones and tablets.