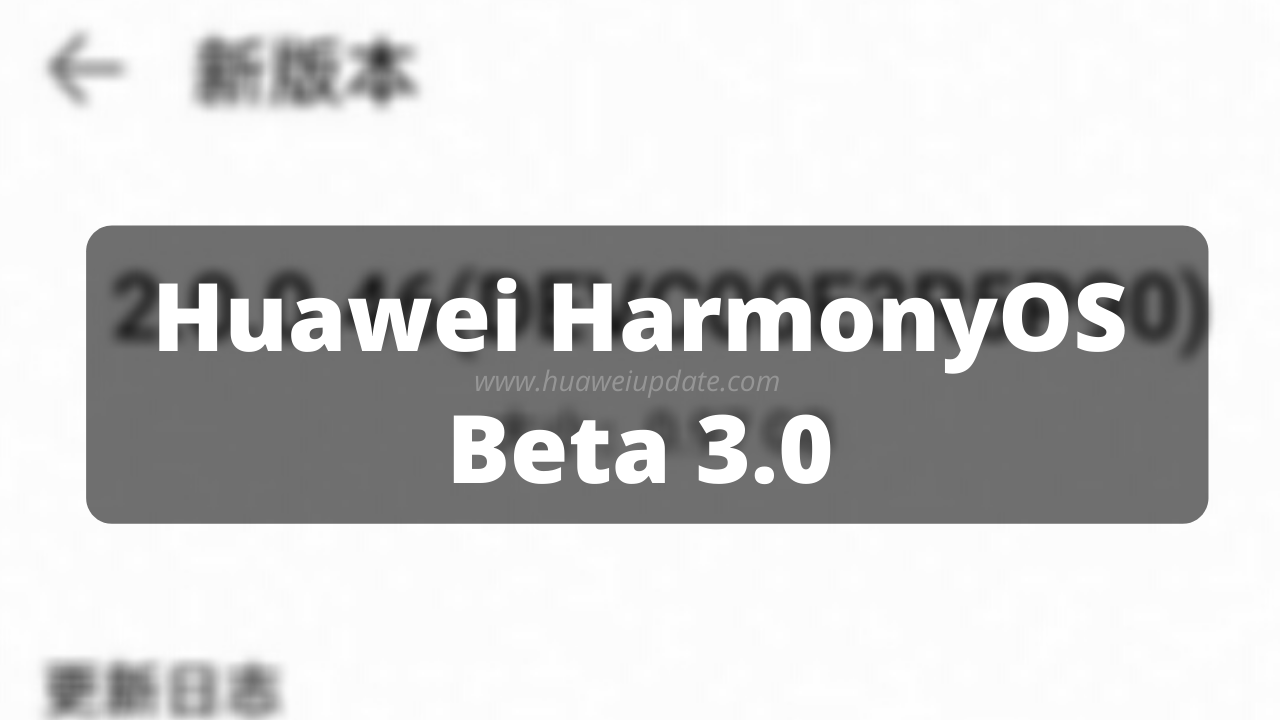 
According to the well-known Weibo tipster, Changan Digital King, Huawei has started rolling out the Huawei HarmonyOS Beta 3.0 version of the Huawei HarmonyOS 2.0 system has now been pushed down to the mobile phones of users and developers who have tested the internal beta.

This update seems to have no new features, but the Harmony OS API is optimized and the system capabilities are enhanced to support more development.

3. Added the feature of integrated and distributed circulation, which can transfer the content on mobile phones and tablets to large screens, watches and other devices through distributed capabilities.

7. Added support for connection management of watch, tablet and other device types based on the proxy Internet access of other devices.

To recall, Yu Chengdong previously stated that Huawei’s flagship mobile phone will begin to upgrade the Hongmeng system in April. According to recent leaks, this time may be April 24.