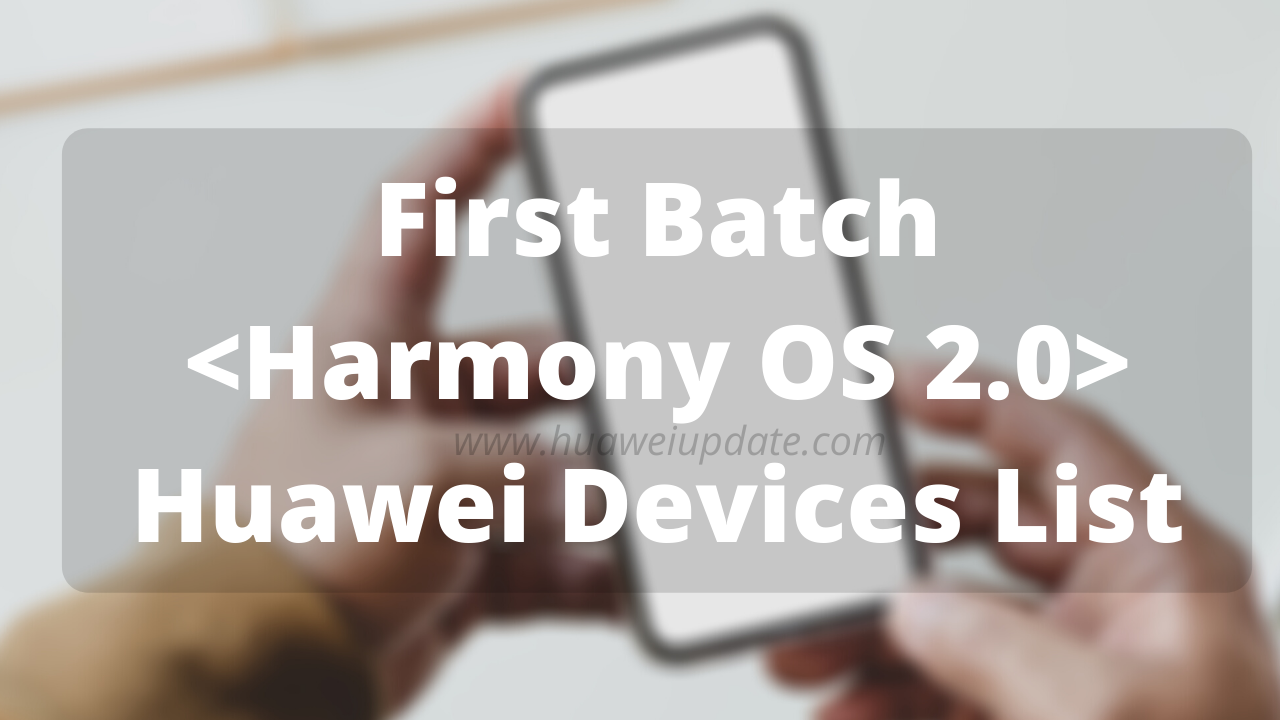 
Last December, Huawei held a beta event for HarmonyOS 2.0 mobile phone developers and the company has started a public beta rollout. Recently, the tablet users also received the Beta 2 version of the Hongmeng system developer preview which brought these changes.

Earlier it was reported that the first batch of upgrades included Mate X2, P50 series, and the new tablet series followed by Mate 40 series and P40 series. Later, due to the delay of the P50 series the batch is now changed.

The mobile phone version EMUI 11.0 and Honor Magic UI 4.0 version models will be upgraded according to the release time of the chip type. It is expected that all the upgrades will be completed this year. (Excluding Honor V40 series models for the time being)

The currently known MediaTek Dimensity chip is temporarily out of the scope of the upgrade, but whether it will be upgraded in the future depends on the official schedule.