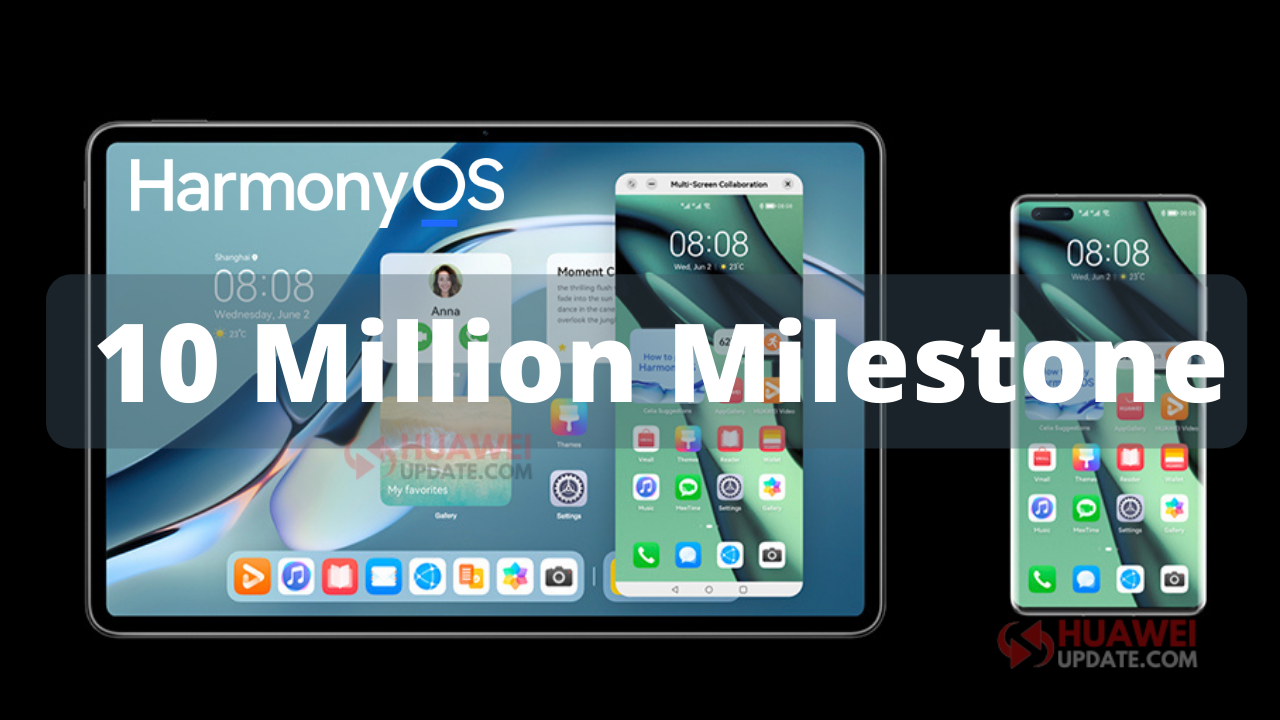 
June 2021 becomes a history creator month for Huawei as the company has launched its self-made OS – HarmonyOS for smartphones and other devices. HarmoyOS is based on the distributed capabilities framework and comes with a feature that could connect and control different device platforms from one Super Device.

You will be glad to know that the older Huawei phones are also a part of the latest HarmonyOS upgrade system and with that, the eligible device models exceed the count of 100.

A well-known Weibo tipster – Peng Peng June shared the information regarding the HarmonyOS achievement, after an official debut, in a week the HarmonyOS 2.0 has exceeded over 10 million installations on Huawei devices. The tipster has shared images that show a cake with HarmonyOS products including FreeBuds 4, Watch 3, MatePad Pro, and Smart screen.

Recently, according to relevant bloggers, Dr. Wang Chenglu, president of Huawei’s consumer BG software department, said at a seminar recently that the number of HarmonyOS devices this year is 360 million, and there are currently more than 9 million. The next year’s goal is to reach 12.3 Billion.