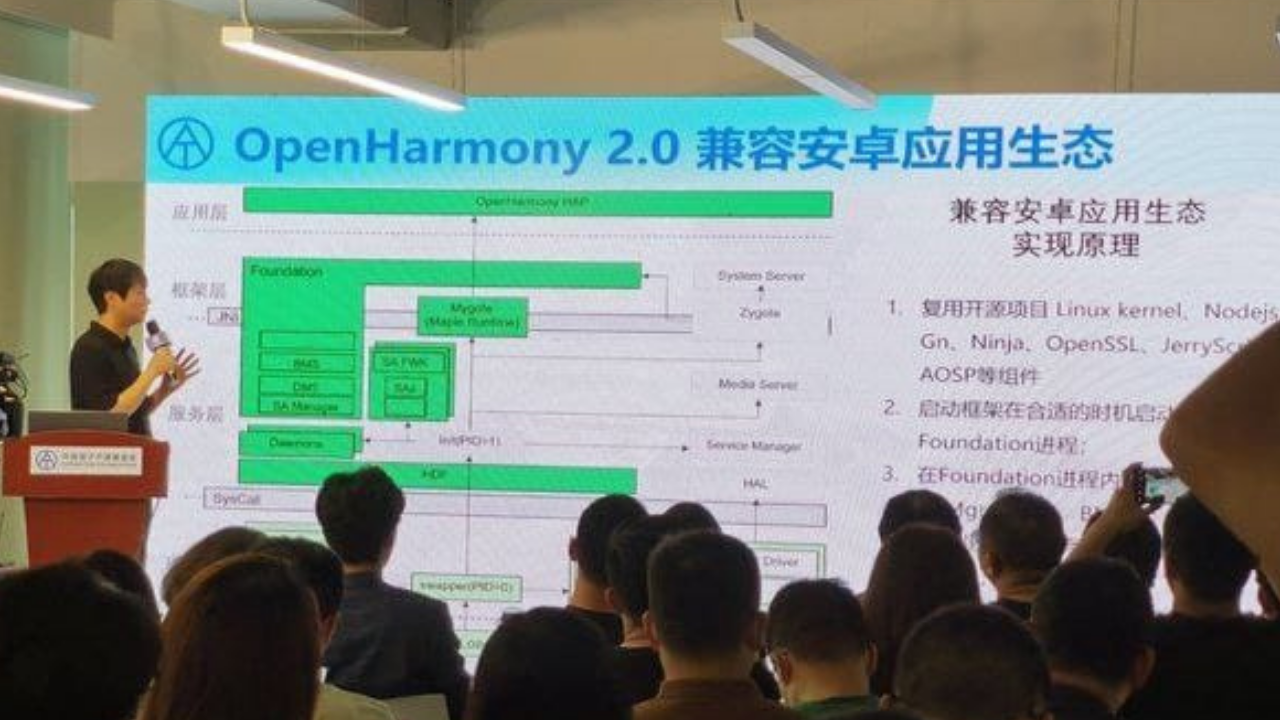 Recently, Huawei released the OpenHarmony 1.1.0 LTS version. Compared with the earlier version 1.0, it added an AI subsystem, a power management subsystem, a pan-sensor subsystem, an upgrade subsystem, and a unified AI engine framework.

Now, according to the information, the new Hongmeng OpenHarmony 2.0 will be open-sourced from today to June 2nd. OpenHarmony 2.0 has about 4.6 million lines of key code, which is equivalent to 30% of Android 10 15.25 million lines. At the same time, there are about 18,000 key APIs (application programming interfaces), which is equivalent to more than half of Android 10.36 million. The package size is reduced to 60-70%, and various devices such as mobile phones, tablets, wearable devices, TVs, and sensors can be used.

There are multiple branch versions of OpenHarmony 2.0. The L2 that is open this time is a pure Hongmeng version. It does not have any Android code. It can run all Hongmeng applications, including distributed, and can also make calls and surf the Internet, but there are not many APPs.

There is also the L3-L5 version, which is compatible with Android’s dual framework. The one that I saw before can run the apk Android application is it, and it will be open-source soon.