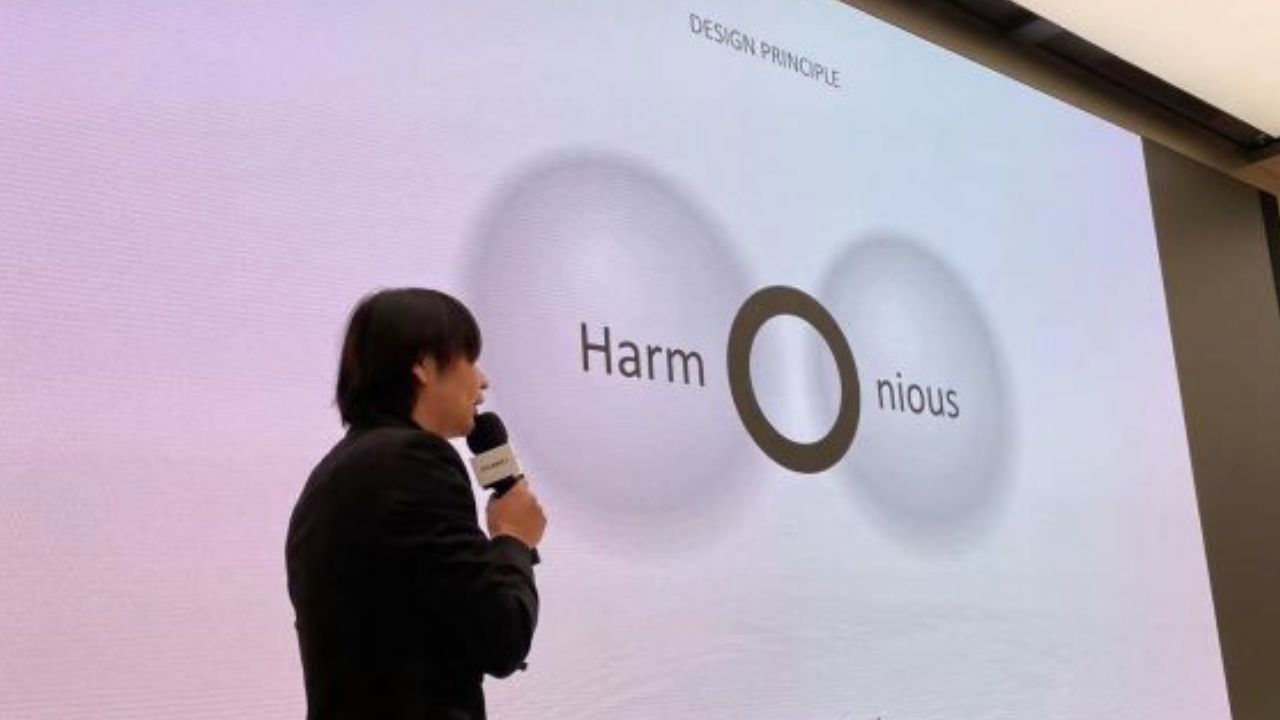 
Huawei has started rolling out the HarmonyOS beta update on the selected Huawei devices, users of some models have successively received HarmonyOS updates.

Huawei’s UX designer Mr. Dafu in the largest domestic flagship store of Huawei, and shared about the aesthetic design of HarmonyOS UX. It is said that in the HarmonyOS logo, there is a line under the word “O”, and users have an open interpretation of this word.

Someone on the forum said that O represents the sun, and a horizontal line represents the horizon. The rising sun represents the origin of HarmonyOS design philosophy. Some people say that O is an accent, and Hong is a closed accent. Others say that O and 1 in computer languages ​​are both OK.

Huawei’s UX designer Dafu brought a new real design concept of HarmonyOS, from ONE, universe to HarmonyOS, forming a new design system. It is reported that Huawei wants to establish a new imagination of human interaction with the world, a harmonious digital world.

ONE stands for harmony and unity. A set of design language is used to open up multiple platforms and cross-devices. This is a language of harmony and symbiosis. The universe is a concept that drives everything. After connecting multiple devices, it creates more interactions and brings more possibilities through creativity.

The biggest visual change in HarmonyOS is the color. The background color is starry sky gray instead of the previous pure black. It is derived from the design concept of the universe and the operation interface is deeper. Together with another snowy white, it is presented as the main color in the three systems. The auxiliary colors have high saturation and low saturation. The same colors can be seen on different HarmonyOS devices, which can form a visual Consistency and comfort.

This comfortable consistency comes from Huawei’s harmonious symbiosis concept, which reduces the cost of secondary learning of the system. In shaping the sense of visual space, all the card materials are divided into one layer, the shadows are divided into one layer, and the background depth of field is made another layer. HarmonyOS wants to make the two-dimensional world give us the sense of depth of the universe. The visual sense of space between the front, the middle and the back caused by the distinction of materials.

Dafu also said that HarmonyOS has brought a brand new font, HarmonyOS Sans, such as HarmonyOS’s “Chaos is not chaotic, and it is vague and unseen”. The first impression is that the font has become much more beautiful.

Huawei has refactored all fonts from three aspects: easy to read, unique, and universal, and gathered details such as strokes and conjoined ones, which seems to have a balance between modernity and humanity.

Chinese calligraphy introduces the bending, folding and hooking of calligraphy. The digital black body is displayed on the normal screen, and the type black body is on the printed body, taking the rounded feeling on the digital electronic display screen.

Daifuku said that this balance has brought the new HarmonyOS Sans. This set of fonts is not only used on flat surfaces, but also beyond the screen of mobile phones.