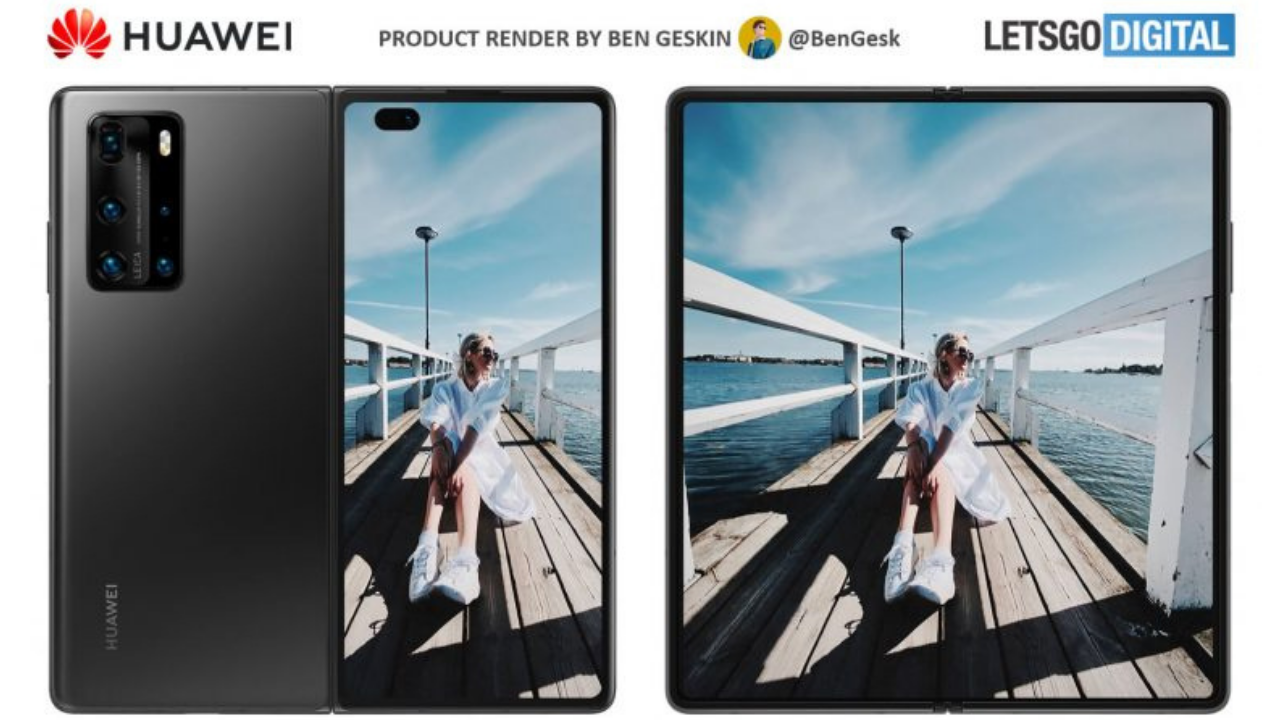 
The Huawei Mate 40 is expected to be be released in the next month and ahead of that Huawei’s new foldable phone patent with a Zoom camera was filed with the CNIPA (China National Intellectual Property Office) in August 2019.

According to the LetsGoDigital, the documentation was published on September 25, 2020, and consists of 32 product sketches and a summary description.

There’s news regarding the launch of the new foldable phone this year but Huawei does not seem to be in a hurry with the introduction of its new folding phone. The continuing problems with America are said to be at the root of this. It, therefore, remains unclear whether we can expect a new foldable smartphone from Huawei in 2020 or whether the company decides to wait until the beginning of 2021.

The camera system at the rear also resembles the P40 Pro +. Although the lens configuration appears to be slightly different, it also seems to be a Penta camera system, which is situated in the top left corner. Four lenses have the same size, the 5th camera lens (the top one) has a rectangular shape, which indicates that this is a telecamera.

As per the zoom concern, the details are not available at the moment. Several Huawei smartphones have now been released with a 10x Hybrid Zoom function, so it is quite possible that Huawei intends to build this amazing feature into its upcoming foldable phone.

According to the latest rumors, the Mate X2 will feature an 8.03-inch main display with no cutouts and a 4.5-inch external panel. In addition, the Mate X2’s TET-AN00 model number and Teton codename were revealed by Chinese tipster DigitalChatStation.