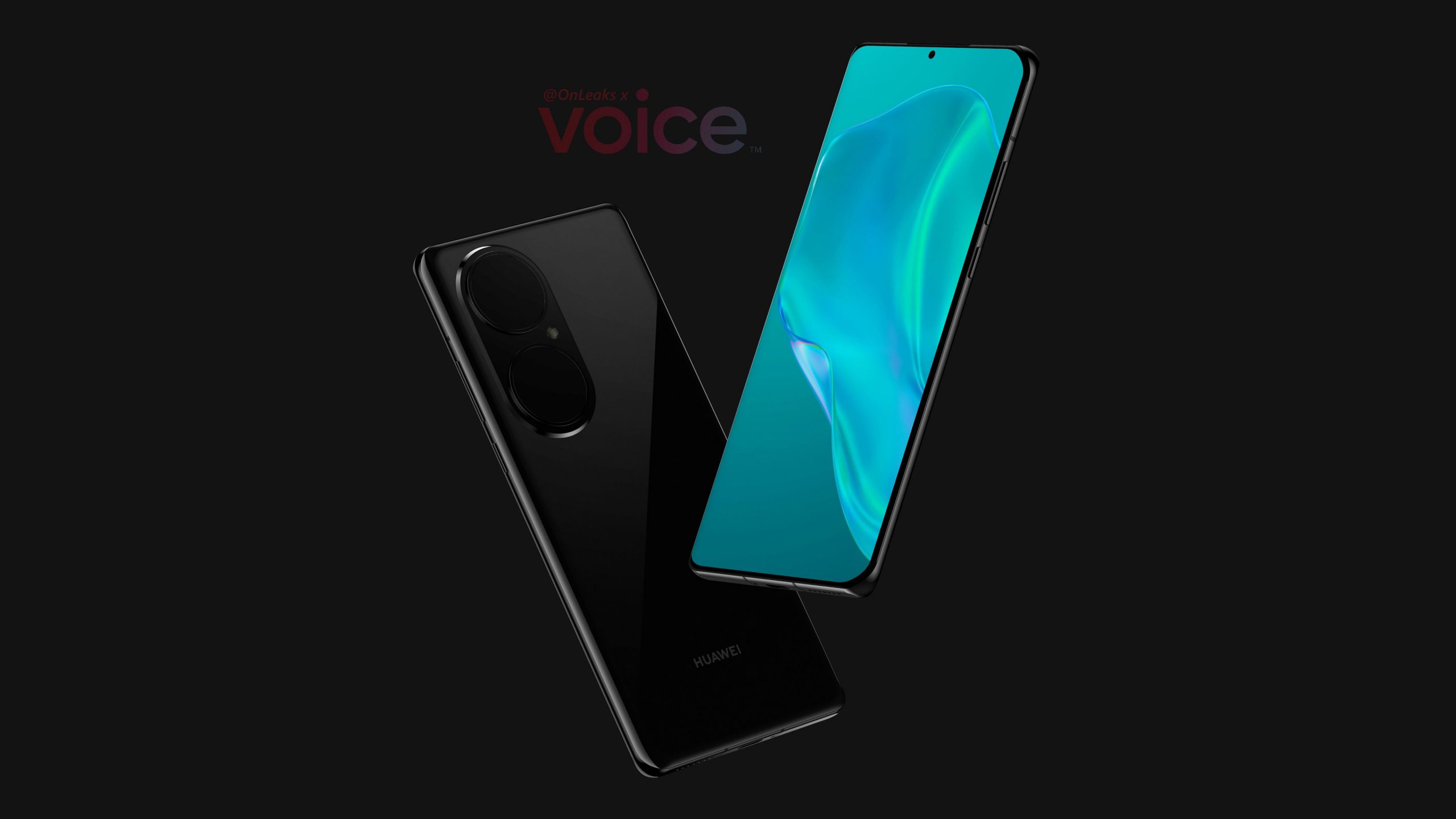 
Huawei to bring the P50 Series smartphone soon and ahead of that many leaks are appearing online. Today a well-known leaker source OnLeaks revealed the appearance design of Huawei P50 Pro in advance. Leakster Steve H. aka OnLeaks (via Voice) has shared some high-resolution renders of the HUAWEI P50 Pro and has shed some lights on a few of its specs as well.

According to the render, instead of a pill-shaped selfie camera this time Huawei is taking a centered hole-punch approach to the P50 Pro that looks more minimalist. The bezels are extremely thin and the glass is curved to achieve that waterfall design. The screen reportedly measures 6.6-inch and will likely employ a high-refresh-rate panel.

At the rear side of the phone, there is a huge vertically-aligned pill-shaped camera bump at the back, which has two large circular cutouts inside. It is possible that each circle will house more than one sensor, as we’ve seen a similar approach come to life on the HUAWEI Nova 8. Moreover, a fingerprint sensor we may see beneath the display., while the audio output is handled by speakers at the top and bottom.