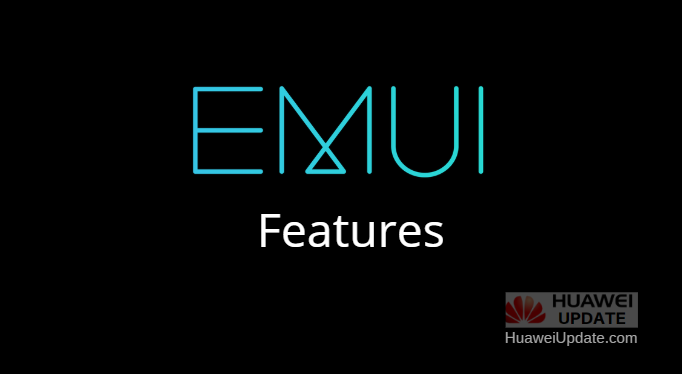 
Huawei EMUI has a lot of practical functions worthy of the experience. According to Huawei, the EMUI has now reached to more than 500 million daily active users in all countries and regions and supports 77 languages. Let’s check the best EMUI features.

1. Everyone will take screenshots, but you also have gestures for recording. Do you know?

Most people may know that the screen recording button can be found in the drop-down notification bar of Huawei phones, and it can be used to quickly perform screen recording operations. But beyond that, we actually have two more ways to record screens quickly.

2. Huawei has its own translation

When browsing foreign language web pages, when reading emails, and translating products from Haitao, translations are required. You can take a screenshot directly.

Take Amazon’s selection of overseas purchases as an example, everyone will tell that its product introduction is basically not there, and it is likely that it is not translated into Chinese.

At this time, you can use the screen translation to complete it, avoiding us to read the words one by one and turn the dictionary one by one.

If two-finger long press does not trigger translation, this function may not be turned on, and we need to turn on the “Smart Screen”. If you don’t know which one to set , please open the setting—Smart Assistant—Smart Screen.

There is extended use of this technique-when you travel abroad, what should the restaurant hand you with an unreadable menu? What do you do when you hold a copy of imported cosmetics and don’t know if it is suitable for you?

Especially when this text is not in English and you do n’t even know how to input with the keyboard, the photo translation function is very suitable for you.

-Quickly access Smart Vision with the scan button in the search bar.

-Open the camera interface and select the smart vision function in the upper left.

Huawei’s EMUI smart vision “shop sweep” feature officially announced. Users can scan the merchant’s signboards to understand the scores and evaluations, or purchase coupons directly, and they can also be used with the recognition function.

EMUI 10 also adds the new dark mode that brings more visual comfort. Human factors research revealed that a color’s brightness and saturation are perceived differently depending on a light or dark background. The dark mode optimizes both color contrast between texts and dark backgrounds as well as the color of texts and system icons, and the end result ensures the visual consistency, comfort, and legibility.

Security: Distributed security, build a distributed full-scenario security system to ensure that the right people, on the right equipment, use the right information.

One-Touch Screen Sharing: For the application, it is like running on the same devices. That is to say, if you have a video on your mobile phone and use a distributed capability to talk, users can use the phone, speaker or smart screen to talk, the speaker can make the sound bigger, and the smart screen is to enlarge the video picture.