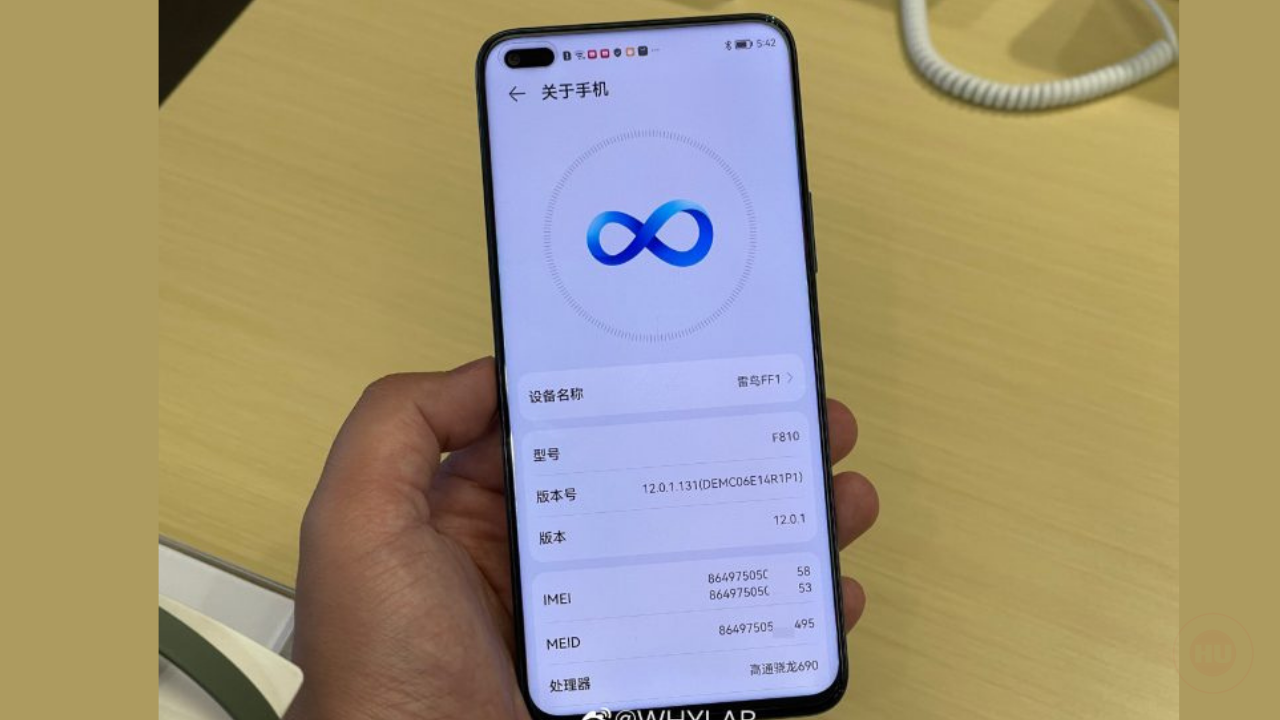 
TCL brought its latest smartphone device FFALCON Thunderbird FF1 last month and said to be a joint product between TCL and Huawei. According to the latest information, Huawei’s input in the development of the phone is confirmed.

The FFALCON Thunderbird FF1 became available for purchase last week and users who have gotten their hands on it have begun to post details about it. One such post is from the popular Weibo account @WHYLAB and it shared live images of the phone taken at an offline store. In the image below, you can see that the device is running Huawei’s own software, EMUI 12.

Huawei phones powered by Qualcomm chips cannot have 5G support, as the US has only licensed the chipmaker to supply Huawei with 4G chips. However, Thunderbird FF1 is a 5G phone powered by Qualcomm’s Snapdragon 690 processor. Huawei certainly doesn’t want to be associated with the phone (as a co-manufacturer) as it could cause problems. The FF1’s ability to use EMUI 12 also indirectly makes it a third-party device using HarmonyOS.