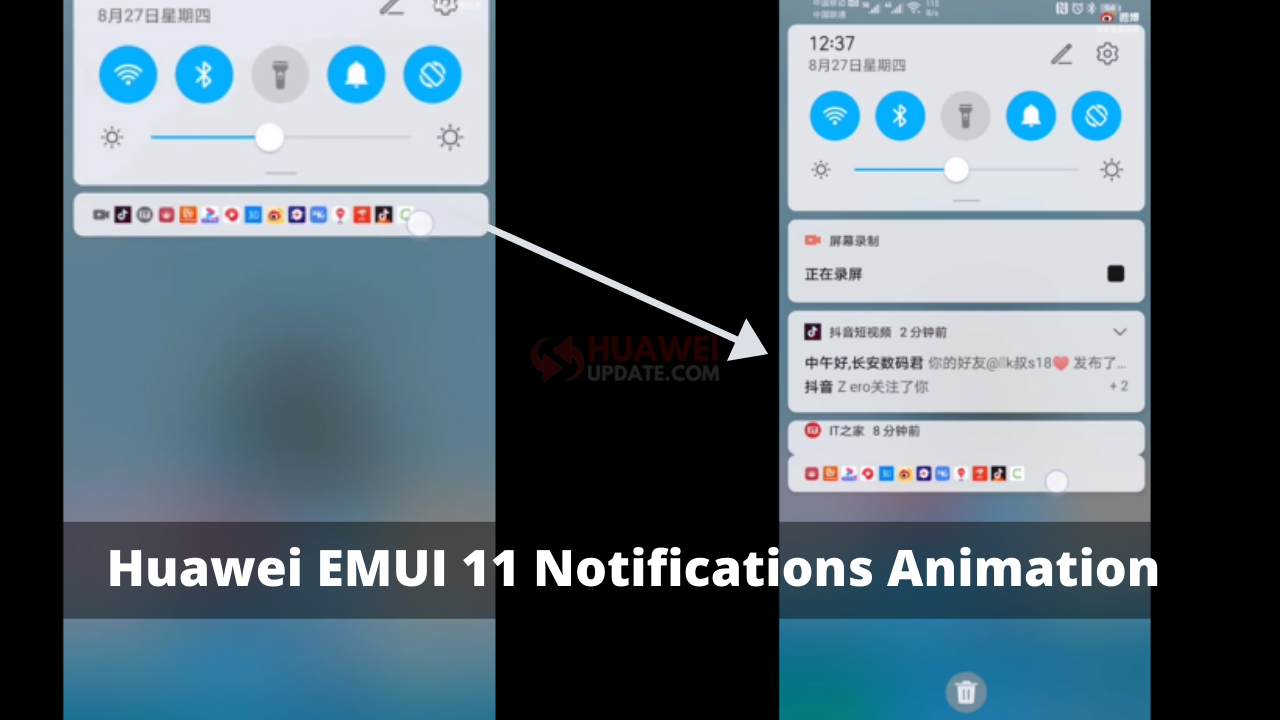 
At Huawei Developer Conference (HDC) 2020 Huawei will introduce the next version of EMUI i.e EMUI 11, this new version will be based on open-source Android 11. According to the new leak shared by well known Weibo tipster Digital Jun, Huawei EMUI 11 has a great change in the AOD design, smart split-screen, and more.

Huawei EMUI 11 notifications animation shows new design, all the notifications will be gathered via icons of the app and when you scroll down, each app icon will open the particular notification in a single row. Check the video and screenshot below.

Huawei EMUI 11 will be based on the Android 11 open source project (AOSP), with a fully pre-installed HMS ecosystem.