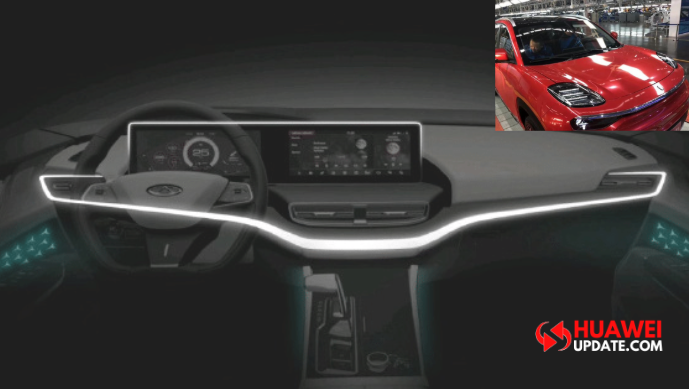 
The company has mentioned several times last year that Huawei does not build cars but helps others to build cars. According to the recent leak, Huawei’s Harmony OS/Hongmeng OS is ready to used in cars.

Now, Chery’s new Energy S61 will be fitted out with the world’s leading Harmony OS for vehicles and an L2.99 level automatic driving assistance system. It will also have face recognition and driving monitoring functions.

This information is not officially released by Huawei, but Chery New Energy Vehicles has deleted the Weibo post after posting it.

In August 2019, Chery New Energy Automobile mentioned in an event that the company was developing an all-aluminum pure electric platform model and will release three electric models beginning with “S” by 2020, each of which is S81 EV, S61 EV and S57 EV, these three models are mainly coupe and SUV, or will be equipped with four-wheel drive system.

At the Huawei Developer Conference in August last year, Richard Yu announced the launch of Harmony OS. This is a micro-kernel-based full-scenario distributed OS.

At the same time, Huawei will also build an open intelligent networking platform and ecosystem to enhance the driving experience and intelligent future travel services.

Huawei is promoting the application of 5G technology, and in relation to SAIC and China Mobile, it is building a 5G connected car that can support 5G/LTE-V communication.

Confirmed: Huawei P30 Lite is not eligible for EMUI 10.1 update

Huawei Mate 40 Pro received many certificates ahead of Launch